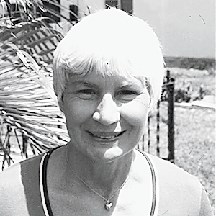 BORN
1935
DIED
2018
BUNN, Shirley Temple Shirley Temple Bunn, 83, passed away December 4, 2018. Born August 20, 1935 in Wilson, NC, Shirley was the daughter of Rosa Lee Walston-Bunn and Bennie Garland Bunn. She graduated from Charles L. Coon High School in Wilson, NC in 1953; graduated from Flight Attendant School and became a "stewardess" for Braniff Airlines flying international routes in DC-3 and DC-8 aircraft. Married to Ellis Edward Echols, they had 2 children in Ft. Worth, Texas. Divorced, Shirley moved to Delray Beach, worked as a private duty nurse and enjoyed swimming in the ocean. She is survived by her son, Eddie Garland Echols and his wife, Patty; nieces and nephews in NC and FL. Shirley was preceded in death by her parents, brother Bennie G. Bunn, sister Evelyn Bunn and her daughter, Deborah Kay Echols. She will be missed by friends, neighbors and family. A Celebration of Life will be held on Tuesday, January 22 at 10:30AM at Cason United Methodist Church where she was a long time member, 342 N. Swinton Ave., Delray Beach, FL 33444. Donations can be made in memory of Shirley to her church.