ACCARDI, Dr., Thomas C.
Dr. Thomas C. Accardi, age 62, passed away August 14, 2015. He was born in Asheboro, NC to Carolyn and Patrick Accardi. He earned his pilot's license at the earliest age possible, 17 years old. He spent many years as a commercial and commuter pilot before joining the Federal Aviation Administration to further the safety of our airlines. Tom spent much of his life on Long Island, NY then moved to Washington, D.C. where he served as the Director of Flight Standards for the Federal Aviation Administration. Fifteen years ago he moved to Edmond, Ok where he served as the Director of Aviation Systems Standards. Here, Tom also earned his Doctorate of Education from Oklahoma State University in Stillwater, OK. After his 33 years of continuous service to the Federal Aviation Administration, he retired in 2011 and moved to Singer Island, FL in 2013 where he spent the remainder of his life. He is survived by his loving wife, Deborah Accardi; his daughters, Lisa (Anthony) Vermaat and Michelle (Levi) Smith; his granddaughter, Anneliese Vermaat; his parents, Carolyn and Patrick Accardi; his siblings, Joanne (Bill) Fields, Lorraine (Ron) Accardi, John (Lisa) Accardi; and numerous family members. A visitation will be held on Wednesday, August 19 from 1:00-4:00pm at St. Mark Episcopal Church, 3395 Burns Road, Palm Beach Gardens, FL 33410. A funeral service will be held following the visitation at 4:00pm.
To express condolences and/or make donations: Visit PalmBeachPost.com/obituaries 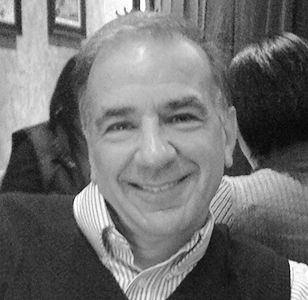 Published by The Palm Beach Post from Aug. 18 to Aug. 19, 2015.
To plant trees in memory, please visit the Sympathy Store.
MEMORIAL EVENTS
Aug
19
Visitation
1:00p.m. - 4:00p.m.
St. Mark Episcopal Church
3395 Burns Road, Palm Beach Gardens, FL
Aug
19
Funeral service
4:00p.m.
St. Mark Episcopal Church
3395 Burns Road, Palm Beach Gardens, FL
MAKE A DONATION
MEMORIES & CONDOLENCES
9 Entries
I missed the opportunity to write this in 2015 as I just learned of Tom's passing today. I had the privilege to meet Tom in Virginia at a training center. He always made an impact on me every time I had an opportunity to talk with him. One of the best professionals and souls anyone could be lucky enough to know, as anyone who has talked with him knows. He is one of a kind and the world and more importantly his family has lost a special person too soon. My thoughts are with the entire family and while this is late, please know that Tom had an impact and lasting impression on me that I hope one day to achieve with others, as he did with me. His authenticity and genuiness is something I admired always and always will. My condolences to Tom's family from one of the lucky business professionals that knew him, Jeff Davala.
Jeff Davala
January 4, 2017
Tom was a great inspiration for leadership and development. My family sends our deepest and sincerest condolences. God Bless Tom and his family.
Mike Daniel
August 19, 2015
He made a positive difference in Flight Standards. An approachable down-to-earth man that genuinely cared about people. My sincerest condolences to his wife and family - he died so young.
Chelle Brisco
August 18, 2015
My condolences to Tom's family. He was a true friend and a dedicated aviation professional who was a pleasure to work with.
Don Pate
August 18, 2015
Tom was a friend who cared about the people who worked for and with him. I will miss him. In the years I knew him not a day went by when he did not tell me of his pride in and love for his family. Those of us who knew him at FAA were fortunate to have the benefit of his intelligence and his kindness.
Richard Birnbach
August 18, 2015
I loved working for Tom, even though I couldn't always read his handwriting! He really cared about his employees and tried his best to give them the tools they needed to succeed. He was devoted to his family and shared many wonderful memories with us.
Susan Yagoda Hughes
August 18, 2015
Nearly four years ago I went temporarily nearly blind from cataracts. At that time Tom and I were team teaching Safety Management Systems for the FAA academy in Oklahoma City. This was after his retirement from the FAA. Tom very graciously offered to drive me to work for the weeks prior to my corrective surgery, for which I will always be grateful. He was one of the best instructors I have ever worked with, despite his amazing FAA background. Other "famous folks" often let that get in the way of effective instruction. It was never so with Tom. He was a gracious, gentle man who listened well and offered needed help to his students. I regarded him as a very good friend, and treasured him as a resource. I am sorry for his passing, and sorry for the loss those close to him are feeling. He left an amazing legacy of achievements. My condolences to those who need them.
August 18, 2015
My sincere condolences to Tom's family. He was a sweet man, always willing to help. I last spoke with him in 2008, when we talked about retiring from the government and living in Florida. You are all in my thoughts and prayers.
Ann DiMare
August 18, 2015
I'm so sad to hear this news. Tom was a great leader at FAA and in some of my first customer meetings there when I took over the acquisition team that supported his group he made me feel welcomed and part of a team. After he retired, we kept in touch occasionally through his work with Objectstream and some consulting John did with the company. Tom never seemed to be without a smile and that is how he will be remembered. Our sincere condolences during this difficult time. Shauna Martinez and John Weatherly, Oklahoma City, OK
August 18, 2015
Showing 1 - 9 of 9 results