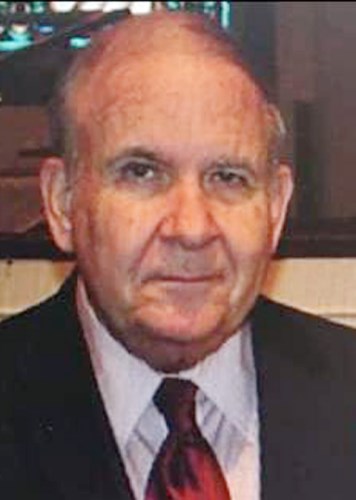 BLOOMINGTON-NORMAL - Dr. Alan G. Phillips, a longtime Bloomington-Normal resident, passed away in Strafford, MO, on Saturday, April 10, 2021, at the age of 79.

There will be a private family graveside service at a later date. Beck Memorial Home in Bloomington is handling arrangements.

Alan grew up on the south side of Chicago and was an Eagle Scout who loved sports and music. He went on to play minor league baseball, then went to college, earning several degrees, including a Doctorate in Education from the University of Arkansas.

During his career, Alan taught in several public schools and worked as a college professor and administrator. He also served as lead pastor for seven churches spread across Illinois, Arkansas, Florida, Missouri, and California. He was gregarious and a gifted orator with a talent for communicating and engaging with others in the classroom, via the pulpit, and one-on-one. He was also a dedicated husband and father, and over the years enjoyed many adventures with his family.

He will be deeply missed, but he had "finished the race" and was ready to move on to Heaven, the greatest adventure of all.

"I have fought the good fight, I have finished the race, I have kept the faith." 2 Timothy 4:7

Online condolences may be left at www.beckmemorial.com.

To plant trees in memory, please visit our Sympathy Store.
Published by The Pantagraph on Apr. 14, 2021.
MEMORIAL EVENTS
No memorial events are currently scheduled.
To offer your sympathy during this difficult time, you can now have memorial trees planted in a National Forest in memory of your loved one.
Funeral services provided by:
Calvert & Metzler Memorial Home Bloomington Chapel
MAKE A DONATION
MEMORIES & CONDOLENCES
Sponsored by Calvert & Metzler Memorial Home Bloomington Chapel.
1 Entry
He was our Pastor in Peoria, IL, we so loved him and his family. Love and prayers Francess, Allan, and Rick.
Connie and Pat Williams
April 14, 2021