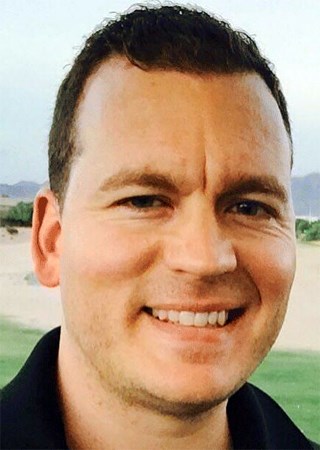 CHICAGO - Brian A. Laesch, 41, of Chicago, IL, passed away September 11, 2021. He was born September 10, 1980 in Bloomington, IL, to Mark A. and Kathryn Ball Laesch. Brian was a 1999 graduate of Normal Community West High School. He received his Bachelor's Degree in Broadcasting and a Master's Degree in Business from Arizona State University where he was a member of Sigma Nu Fraternity and a Student Senator in ASU Student Government. Brian also coordinated Nuru International "Be Hope to Her" events to raise funds and awareness to build water wells in Kuria, Kenya.

Brian had fierce determination, was an excellent leader and team player. He was always willing to go the extra mile and take on additional tasks. He was an Ambassador for the ALS Association Greater Chicago Chapter, helping to raise funds and awareness for ALS. Brian auditioned for and recently shot a TV segment in Chicago for the show, The Shining Girls.

Visitation will be Wednesday, September 22, 2021 from 4:00 p.m. until 7:00 p.m. at Shirley Brothers Fishers-Castleton Chapel, 9900 Allisonville Road, Fishers. Funeral services will be Thursday at 11:00 a.m. at Tabernacle Presbyterian Church, 418 E. 34th Street, Indianapolis. A Celebration of Life is being planned at a later date in Scottsdale, Arizona.Brian is survived by his mother, Kathryn Ball Laesch; brother, Jordan I. Laesch; sister, Kelsey Laesch Pease (Thomas); his fiancee, Devy Irmawati; and grandmother, Patricia Ann Ball. Brian's father, Mark A. Laesch, preceded him in death.

Published by The Pantagraph on Sep. 21, 2021.
To plant trees in memory, please visit the Sympathy Store.
MEMORIAL EVENTS
Sep
22
Visitation
4:00p.m. - 7:00p.m.
Shirley Brothers Fishers-Castleton Chapel
9900 N, Fishers, IN
Sep
23
Visitation
10:00a.m. - 11:00a.m.
Tabernacle Presbyterian Church
418 E, Indianapolis, IN
Sep
23
Funeral service
11:00a.m.
Tabernacle Presbyterian Church
418 E, Indianapolis, IN
Funeral services provided by:
Shirley Brothers Fishers / Castleton Chapel
MAKE A DONATION
MEMORIES & CONDOLENCES
Sponsored by Shirley Brothers Fishers / Castleton Chapel.
3 Entries
Kathryn, our son, Nick Meese, was a roommate with Brian after college. Brian was a sincere and kind young man. When Brian passed, Nick told us, "Brian was that guy who always stepped up for others, and nobody ever got angry with him, because he was just "that guy" everyone loved! May God bless you and your family as you grieve the loss of your beautiful son. Sending prayers for your entire family.
Susie & Dave Meese
Friend
September 21, 2021
Ill never forget you my nephew! You couldnt have studied or taken a class to become a better person because you were the BEST! The last thing Brian you said to me on your 41st birthday was uncle stevie you are my favorite uncle it toched me sooo much!!! Miss you brian. Love uncle Stevie
steven I Ball
Family
September 20, 2021
August 18, 2018. The day we met at Robert A. Black Golf Course in Chicago for 9 holes. I still have the scorecard. A day that changed me forever. I lost my favorite cousin that morning, and as you knew, my son couldn't make golf that day with me. That day, you and I golfed, laughed, shared family stories, found out so many similarities, shared phone numbers and stayed in contact ever since. My heart is forever broken, but I am comforted in your everlasting life. Thank you, for sharing just a piece of it with me. Your friend, Steve
Steve Christian
September 19, 2021
Showing 1 - 3 of 3 results