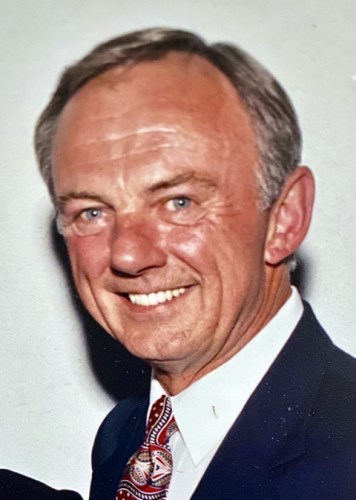 Dan was born April 2, 1941 in St. Cloud, MN, a son of Don and Gail (Goedert) Heaton. After serving in the Army (101st Airborne Division) he attended Austin Peay State University in Clarksville, TN. It was here he met his future wife, Millie, and they were married after three months of courtship in 1965. She preceded him in death on September 8, 2020.

An outdoor enthusiast, Dan enjoyed hunting, woodworking, leather work, and firearm shooting. He served the local Ducks Unlimited Chapter for several years and was awarded Sportsman of the Year. He also was dedicated to serving the Lord and served in various roles throughout his life including Youth for Christ. He faithfully attended Evangelical Free Church, Bloomington. Dan retired from State Farm Insurance Companies.

He will be dearly missed by his family and friends, and long remembered for his kindness. A visitation will be held at 9 a.m. on Friday, April 30, 2021 at Heartland Community Church, Normal, with services immediately following at 10 a.m. Burial will be in Evergreen Memorial Cemetery.

In lieu of flowers and/or donations, the family prefers your condolences be shared with an organization supporting relief for cancer victims. Carmody-Flynn Funeral Home, Bloomington, is assisting the family with arrangements.

He was preceded in death by two brothers: Pat Heaton and Tom Heaton.

To plant trees in memory, please visit our Sympathy Store.
Published by The Pantagraph on Apr. 27, 2021.
MEMORIAL EVENTS
Apr
30
Visitation
9:00a.m.
Heartland Community Church
, Normal, Illinois
Apr
30
Service
10:00a.m.
Heartland Community Church
, Normal, Illinois
Funeral services provided by:
Carmody-Flynn Funeral Home
MAKE A DONATION
MEMORIES & CONDOLENCES
Sponsored by Carmody-Flynn Funeral Home.
3 Entries
Matt - In the last couple of months I stopped by and had a really good visit with your father so was very surprised and sad to hear of his passing. Your father opened the door to my current 29 year career. I go back many years with your parents as they would come in to Steak-n-Shake and were on our family's egg route. Your parents were great people and will be missed. With deepest sympathy - Kim
Kim (Johnson) Carlock
April 30, 2021
Matt, Melda and I offer our profound sympathy to you on the death of your father. I enjoyed visiting with your dad during office visits. I still recall his definition of humility: It is not thinking any more or less of yourself, rather humility is not thinking of yourself at all. Eternal rest, grant unto Dan Heaton O Lord and let perpetual light shine upon him. May he rest in peace. Amen. May his soul and the souls of all the faithful departed, through the mercy of God, rest in peace. Amen.
William J. Rademacher, D.C.
April 27, 2021
I have missed Millie very much, and now i miss Dan as well. He's in heaven now with Jesus and Millie, so it's all ok with him, but we miss him here on earth. I'm glad to know for sure I'll see them both some day when I go to heaven! I'm praying for you both, that you'll be able to "snuggle up" to God for comfort and strength.
Marj Stone-Greenlee
April 27, 2021