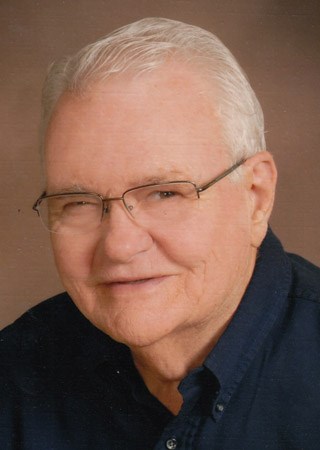 Dave was born in Terre Haute, Indiana on November 18, 1939 to Walter J. Weber and Marguerite (Anliker) Weber. On August 17, 1963 he married his graduate school sweetheart, Darlene Marie Hohman from Tarentum, Pennsylvania. He is survived by Darlene and his two children: Julilynne Weber (Martin Jr.) Rink of Park Ridge, IL, and Mark David (Cara Stalter) Weber of Bloomington. Dave and Darlene have a legacy of seven grandchildren: Samantha, Alexander, Michal, and Andrew Weber, Jake, Danielle, and Kendall Rink. Dave was diagnosed with a rare, aggressive cancer in March 2016, but he simply refused to die from the cancer. Instead, he chose to thrive with it and lived life to the fullest, traveling the globe and relishing his time with his children and grandchildren. He was preceded in death by an infant daughter, Wendy Suzanne Weber; his loving sister, Susan Johnson; and genius younger brother, Steven Weber.

Dr. Weber's undergraduate course in genetics at Purdue University sparked a 60 year exploration in the field of maize cytology. His first research position was an internship at Cold Spring Harbor, N.Y. He was awarded research and teaching assistantships at Indiana University under Marcus Rhodes and earned his M.S. and PhD. in Botany. After his appointment at Illinois State University School of Biological Sciences in 1967 he conducted research, taught genetics, and mentored graduate students. After 35 years he retired from ISU as a Full Professor of Genetics and continued maize research through National Research Grants and consulting with AgReliant Seed until 2019.

Dave enjoyed traveling around the world and throughout the US with his wife and family. He was a gifted photographer and relished sharing his photos and stories with the KodaRoamers Camera Club, where he was a longtime member and past President. A technophile, he was an early adopter of innovation and served as a founding member of the B/N Apple Mac Users Club. Dave enjoyed playing the saxophone throughout his life, especially in the Purdue All-American marching band. He loved participating in the Young Men's Club and was an active member of Trinity Lutheran Church.

As a scientist, Dr. Weber knew the supremacy of science in the empirical world, yet he was a man of faith. He knew that science gives us knowledge; faith grants us wisdom.

Funeral services will be held 1:00pm Thursday, April 22, officiated by Pastor Chuck Bahn at Trinity Lutheran Church in Bloomington IL. Prior to the service, there will be an open visitation from 11:00am to 1:00pm at the church. Interment will follow at Evergreen Memorial Cemetery, Bloomington. In lieu of flowers, donations may be made to ISU School of Biological Sciences https://giving.illinoisstate.edu/fund/school-of-biological-sciences-general-fund/ or a charitable organization of your choice.

There are many more details to Dave's story, and we welcome you to share your memories and read his extended obituary at the Calvert & Metzler Memorial Home website: https://www.calvertmemorial.com/obituaries

To plant trees in memory, please visit our Sympathy Store.
Published by The Pantagraph on Apr. 18, 2021.
MEMORIAL EVENTS
Apr
22
Visitation
11:00a.m. - 1:00p.m.
Trinity Lutheran Church
, Bloomington, Illinois 61701
Apr
22
Funeral service
1:00p.m.
Trinity Lutheran Church
, Bloomington, Illinois 61701
Funeral services provided by:
Calvert & Metzler Memorial Home Bloomington Chapel
GUEST BOOK
Sponsored by Calvert & Metzler Memorial Home Bloomington Chapel.
7 Entries
We have enjoyed his Honorverse series. Stephanie reads them all each year. David Weber was able to pass each characters' feelings and personality so well -- the reader feels that he/she knows the person (character) so well. Mostly it makes one feel at times that our feelings for being in the situation might be the very same. May all in the Weber family know of our love and prayers.
Virginia & Stephanie Fulkerson
May 4, 2021
We are so sorry to hear that Dave died on Thursday. We enjoyed the time we spent in his company when we lived in Bloomington/Normal. He was a good friend to Derek in the Biology Department and he and Darlene helped us become part of the faculty community as well as the greater community. We will miss him.
Carol and Derek McCracken
April 19, 2021
Sending our deepest sympathy and warm hugs to all your family. What an extraordinary difference one beautiful life has made.
Wally and Jan Hood
April 19, 2021
So sorry to hear of Dave's passing. He certainly was an asset to the community, including Young Mens Club and Kodaroamers.
Ruel Wright
April 19, 2021
Sorry for your loss
Maggie Hartman
April 18, 2021
Darlene, and family. As a Young Mens Club member I so enjoyed my visits with Dave, and as a Kodaromers member and photographer I enjoyed your travels and presentations. He will be so missed. Please accept my Sincere Condolences on his passing.
Robert E. Handley
April 18, 2021
Dave was a wonderful person and colleague. I very much enjoyed our discussions of maize genetics, cytology, and life. I was fortunate to inherit Dave's laboratory in the School of Biological Sciences at ISU when he retired. Dave was very generous and supportive through the transition. Dave will be very much missed.
John Sedbrook
April 18, 2021