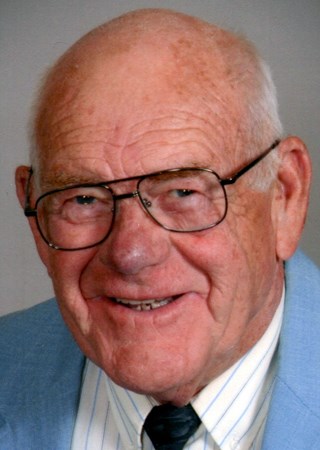 NORMAL - Dwayne Harold Marten, passed away peacefully, at OSF Hospital in Bloomington, IL. Dwayne was born on May 21, 1945 to Harold and Mabel (Eeten) Marten. He married Sharon Hamer on October 17, 1965 at St. Peter Lutheran Church in Emden, IL.

Other survivors include his siblings Doris (Ken) Klokkenga, Roger (Carolyn), Roberta (Bob), Vernon, Carol, and Galen. He was preceded in death by his parents and one sister in-law, Joni Marten.

Starting at the young age of five, Dwayne loved following his dad around at his gas station, Marten Motors, in Emden, IL. He loved to visit with the customers and sweep the floors. He continued to work in the family's car dealership through high school until being drafted by the U.S. Army in August 1965. He and Sharon married that October. He proudly served his country in the Vietnam War from November 1966- October 1967.

Upon returning home, he continued working in the family business until its closing in 2009. At that time, he and Sharon moved to Normal, IL. For those of you who knew Dwayne, sitting still and watching TV was not an option during his retirement years. Instead, he kept working and loved the opportunities that both Suds' Automotive and Menard's gave him. Dwayne was a people person and never knew a stranger.

When his health declined and he could no longer work, he found enjoyment meeting his friends for coffee each morning, even if it meant sitting in his car and chatting with his friends through their car windows during COVID.

A private family service for Dwayne will be held. Memorials may be made in Dwayne's name to Our Saviour Lutheran Church of Normal, IL, Bethlehem Lutheran Church in St. Louis, MO, or the Sons of the American Legion of Emden, IL. Services are entrusted to Fricke-Calvert-Schrader Funeral Home in Lincoln, IL.

God truly blessed him with a family he dearly loved and who proudly called him husband, dad, PaPa, and friend. His friends and family dearly loved him, too. He always told his family, "The Lord knew when I was coming into this world and when I would go out." Yes, He did! Dwayne was called to his Eternal home on February 16 on his mother's and sister-in-law Joni's birthday.

To plant trees in memory, please visit our Sympathy Store.
Published by The Pantagraph on Feb. 18, 2021.
MEMORIAL EVENTS
No memorial events are currently scheduled.
To offer your sympathy during this difficult time, you can now have memorial trees planted in a National Forest in memory of your loved one.
Funeral services provided by:
Fricke-Calvert-Schrader Funeral Home
GUEST BOOK
4 Entries
Our sympathy to Sharon and family. Dwayne was one of the really "Good Guys"! We will miss our visits at church and after workouts at The ARC. He never said a negative word and we always left our visits feeling privileged that we could call Dwayne our friend.
Jerry and Alberta Newman
February 19, 2021
Our prayers and sympathy to the family! Thomas Waldo Rippey enjoyed his many chats with Dwayne at Marten Motors and at the Westen Reunions.
Michael and Trudy Escoubas
February 18, 2021
Dwayne was a fixture in Emden for many years. I purchased several cars from him, and am still driving one from Marten Motors. Keeping your family in our prayers.
Dareyl Brown
February 18, 2021
I really enjoyed Dwayne at our McDonald´s breakfast in the cars. He really loved his family. I will miss him. I talked to him the night before surgery. You have my sympathy.
Don Rutherford
February 18, 2021