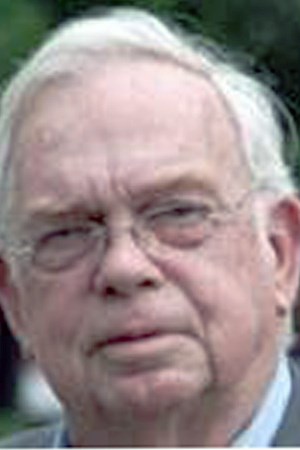 Mark was born on June 1, 1929, in Seneca, MO. Mark attended the University of Missouri, and Pittsburg State University in Kansas, where he completed his Bachelor's and Master's degrees in Social Science.

He was drafted into the Army in 1952. On April 28, 1953, he married Betty Smith. She followed him to his assignment in Wurzburg, Germany, where they lived for a year and began their marriage of 68 years.

Mark entered graduate school at the University of Kansas, and earned his PhD in history in 1960. He taught American and Asian History at Illinois State University, until his retirement in 1994. During his career, he was a Fulbright professor at National Taiwan University; served as President of the Illinois State Historical Society, and wrote several books and articles, culminating in book of the year awarded by the Illinois State Historical Society, for his Lincoln's Rail-Splitter: Governor Richard J. Oglesby book.

Mark enjoyed a rich life of travel, adventure, sports, academia, and the love of family/friends. A highlight for Mark was when, he and Betty, traveled to Beijing in 1989, during the Tiananmen Square Protests & Massacre. He relished being a part of history!

In lieu of flowers, contributions may be made to the Betty Plummer International Studies Outstanding Senior Scholarship. Donate at: https://giving.illinoisstate.edu/donate/ (choose Illinois State Excellence Fund, then donate, then write in name of scholarship in textbox). You may also send a check to Illinois State University Foundation, Campus Box 8000, Normal, IL, 61790, or call 309-438-2594.

Published by The Pantagraph on Nov. 14, 2021.
To plant trees in memory, please visit the Sympathy Store.
MEMORIAL EVENTS
Dec
13
Celebration of Life
1:00p.m.
Sun City Christian Church
9745 W Palmeras Dr, Sun City, IL
MAKE A DONATION
MEMORIES & CONDOLENCES
2 Entries
Good times with Mark over the years and lasting memories of a fine man. My best to Betty and family through this time of sorrow and remembrance.
Bill G. Webb
Family
December 8, 2021
Uncle Mark has always been one of my favorite relatives. I loved talking about history and books with him, reading books he had written, and taking walks with him the times I was fortunate to be in Arizona the past several years visiting him and my dear aunt Betty. He will be terribly missed. I´m very saddened by his death and so regret not being able to attend his memorial.
Lucinda Rather
Family
December 8, 2021
Showing 1 - 2 of 2 results