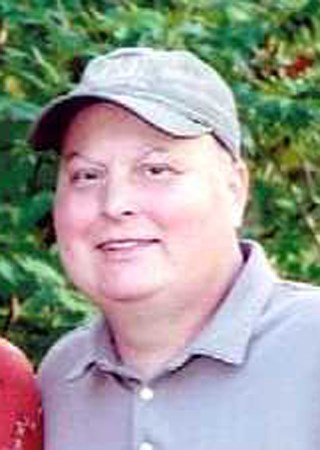 A Memorial Service for Mark will be held at a later date. Burial will be at Park Lawn Cemetery in Danvers. Cremation Rites have been accorded.

Mark Allen Wood was born September 1, 1974, the son of Charles N. and Karen F. White Wood. He was united in marriage with Elizabeth A. Boyer on May 3, 1997. She survives.

He was preceded in death by his grandparents: Charles Wood, and Ivan and Faye White.

Mark was a 1993 graduate of Olympia High School. He apprenticed with Mid Central Illinois Regional Council of Carpenters and was a member of Carpenters Local Union #237. He was employed by TSI Commercial Floor Coverings in Champaign as a flooring installer. Mark enjoyed hunting, fishing, snow skiing, and spending time with his kids.

Memorials may be made to the Danvers Lions Club or the Carle Cancer Center in Normal. Final arrangements are entrusted with Quiram-Peasley Funeral Home of Atlanta.

Published by The Pantagraph on Dec. 9, 2020.
To plant trees in memory, please visit the Sympathy Store.
MEMORIAL EVENTS
To offer your sympathy during this difficult time, you can now have memorial trees planted in a National Forest in memory of your loved one.
Funeral services provided by:
Quiram-Peasley Funeral Homes - Atlanta
MAKE A DONATION
MEMORIES & CONDOLENCES
Sponsored by Quiram-Peasley Funeral Homes - Atlanta.
5 Entries
Mark was a Wonderful Husband, Son, Father, Friend, Neighbor to all that he knew. It was a Pleasure to be his Neighbor a few years back. A Man who give the shirt off his back to help anyone. R.I.P. Mark and may your Angel Wings protect Elizabeth and your Children until you all meet again. God Bless!!!!!
Wendy Atherton-Simpson
Friend
December 11, 2020
Beth I am so sorry about your husband Mark. May God give you strength and peace to get through this difficult time. I am praying for you and your family.
Sherry Nevius
December 10, 2020
So sorry to hear this, praying for peace and comfort during this time for all of you.
Sheri Howie
December 9, 2020
Beth and family. So very sorry for your loss of your loved one. My heart aches for all. You guys have been thru some very difficult times. Hang on to those precious memories you had together. Thinking and Praying to help you get thru this. Big Hugs Beth.
WES AND DORIS WALTON
December 9, 2020
So sorry to hear about Mark we pray for you and your family.
Art & Ginger Deavers
December 9, 2020
Showing 1 - 5 of 5 results