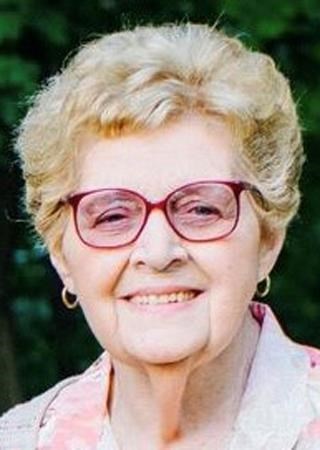 Funeral services will be held on Friday October 8, 2021 at 11:00 a.m. at Calvert and Martin Funeral home in Pontiac, Illinois with Rev. Gretchen Steinbaugh officiating. Visitation will be one hour prior to the start of the service. A graveside service will follow at Southside Cemetery. Calvert & Martin is handling the arrangements.

Jean was born September 27, 1931, one of seven children, to Lola and Melvin Underwood in Towanda, Illinois and later moved to Pontiac, Illinois. She married Donald Shane November 22, 1951. Don proceeded her in death in 2001.

Jean was preceded in death by Don, as well as son-in-law, Ed McDowell, a granddaughter, Sarah Lampe and her six siblings.

Jean worked at Sears Catalog in Pontiac for many years. She enjoyed being on the go, getting her hair done and spending time with family. She will be remembered as a good friend and wonderful caregiver to others. She was a lifelong member of First United Methodist Church in Pontiac Illinois.

Special thanks to the caregivers at Heritage Manor - El Paso for taking such good care of mom and making her final days comfortable.

This obituary may be viewed and guestbook signed at www.calvertmemorial.com.