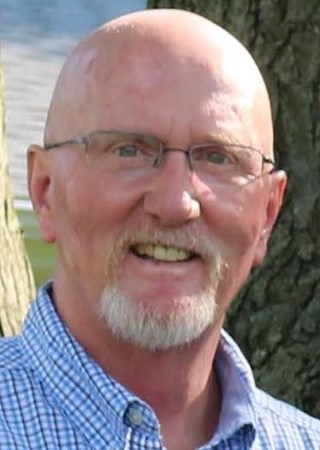 He was born on September 9, 1955 to Melvin E. and Margaret E. (Hehman) Gosteli. Brent was raised in Saunemin, IL and attended Saunemin schools, graduating in 1973. He was a proud veteran of the United States Air Force, serving in both the United States and in Europe from 1973-1977.

Brent served on the Pontiac Police Department as an officer from July 1978 until March 1984. He then was employed by the U.S. Postal Service for 30 years, the last 10 1/2 years he served as the Postmaster for Flanagan. One of the greatest joys of his job was visiting with all who came into the post office and replying to the local children's "Dear Santa" letters.

He was a member of the Flanagan American Legion Post #456 and served as Commander on two occasions for the post. He also served on the Flanagan Unit #4 School board for eight years.

In retirement, he enjoyed driving buses for kids attending Flanagan schools-much to the surprise of his wife and children.

Brent enjoyed fishing-especially the annual trips to Frog Rapids camp in Ontario with his brother Roger, son Brett, nephew Tim, and other family and friends. He loved motorcycling from an early age with his life-long best friend, Jim Schulz, and later with his family. He played a heck of a game of euchre and enjoyed competitive card games at family get-togethers and cookouts. He was an engaging storyteller, could talk with anyone, and never knew a stranger.

He is survived by his wife, Carol; his son, Brett (Kari) of Morton IL; and his daughter, Christina (Kyle) Ensley of Kailua, HI. He was a beloved "Papa" to Addison, Isaac, Evan, and Abigail Gosteli and "Popple" to Allison and George Ensley. Also surviving are two brothers: Roger (Phyllis) Gosteli of Pontiac and Ronnie Gosteli of Dwight; father-in-law, Bob Immke of Saunemin, plus many nieces and nephews - all of whom he loved very dearly.

Brent's family extends a special thanks to the Flanagan EMT service, Gridley ambulance, and St. James Hospital emergency and ICU staff for their attention and care.

A celebration of life service will be held at a later date. Calvert-Johnson & Froelich Memorial Home, Flanagan is assisting the family with arrangements. Memorials can be made to the Flanagan American Legion Post #456.

Published by The Pantagraph on Sep. 26, 2021.
To plant trees in memory, please visit the Sympathy Store.
MEMORIAL EVENTS
To offer your sympathy during this difficult time, you can now have memorial trees planted in a National Forest in memory of your loved one.
Funeral services provided by:
Calvert-Johnson & Froelich Memorial Home
MAKE A DONATION
MEMORIES & CONDOLENCES
Sponsored by Calvert-Johnson & Froelich Memorial Home.
0 Entries
Be the first to post a memory or condolences.