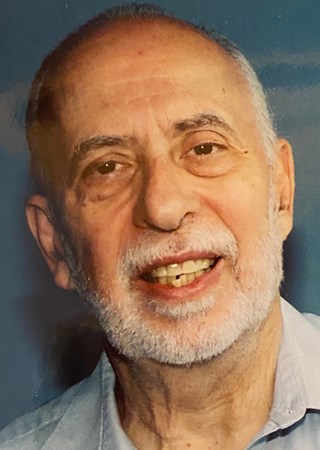 NORMAL - Myron "Mike" Tepper, 86, of Normal, IL passed away at his home on September 20, 2021, with his loving wife and family by his side. He was a pharmacist and owner of both Tepper's Pharmacy and Tepper's Gift and Party Pace in Peoria for 37 years, helping and healing thousands. Born July 3, 1935, in Philadelphia, PA. Mike was the second child of William Tepper and Sarah Avery, with one brother Norman. As a boy, he used his bicycle to deliver prescriptions for his pharmacist uncle, taking risks his mother never knew, climbing dark tenement stairs and sometimes grabbing on to the back of trolleys to go faster. A fascination with science and mathematics led him to conduct basement experiments. In junior high he tutored a college neighbor in Calculus. His Boy Scout years at a Philadelphia camp on an island in the Delaware River were always important in his life, testing skills and courage, swimming in the river and going through trials. Later when he was a Medic in the Army for 7 years, it reminded him of that time. Mike graduated from Simon Gratz high school in 1953. Being 6' 1" tall with a strong deep voice, he had the lead in drama plays and was in charge of stage lights and camera. He began a slide rule club reflecting his interest in math. He was certified a Registered Pharmacist upon graduation from the prestigious Temple University School of Pharmacy in Philadelphia in June, 1957.

He married Beverly Dobrin on August 31, 1958. They were married 53 years with one daughter, Jill (Greg) Turgeon and a son, Scott, (deceased 2018). He was the grandfather of Jacob (Alysha) Turgeon and Alyson (Brant) Basting.

Mike and Bev decided to come to Illinois in 1964 looking for a pharmacy of his own, beginning in Canton and opening a store on University Avenue in Peoria, becoming Tepper's Pharmacy in 1968. In 1988, Mike closed the pharmacy and went to work for Walgreens. They opened together, and Bev ran Tepper's Gift and Party Place that same year. Mike and Bev designed and built a new house in 1976 with an art studio for Bev. Trips to Europe included Italy, London and Paris. When Bev became ill in 2005, he sold the party store to care for her until her passing on April 25, 2012. Mike's daughter encouraged him to come to Normal to live, where he met a librarian, Judy Rockwell Stein who helped him talk and smile again. They were married on February 2014, and she survives with his step-children Jennifer Williams and Jonathan Stein.

Funeral services will be graveside on Wednesday September 29th at 11 a.m. at Springdale Cemetery in Peoria. Please view the obituary and share your condolences and memories online at www.beckmemorial.com

Published by The Pantagraph on Sep. 27, 2021.
To plant trees in memory, please visit the Sympathy Store.
MEMORIAL EVENTS
Sep
29
Funeral service
11:00a.m.
Springdale Cemetery
Peoria, IL
Funeral services provided by:
Calvert & Metzler Memorial Home Bloomington Chapel
MAKE A DONATION
MEMORIES & CONDOLENCES
Sponsored by Calvert & Metzler Memorial Home Bloomington Chapel.
1 Entry
I remember Mr T from all the days I dropped by to walk to high school with his daughter, Jill. He and Bev were a staple of the Peoria community. He was always inquisitive and kind and I am glad to have known the whole Tepper family. May his memory be a blessing-I know it is for me. Amy Rohrer
Amy Rohrer
Friend
September 28, 2021
Showing 1 - 1 of 1 results