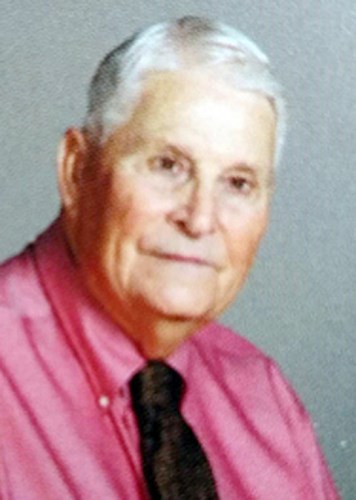 Surviving are one son, Gary (Traci) Steiger of Delavan; one daughter, Sandy (Matt) Alexander of Nokomis, FL; significant other, Paula Davis of Hopedale; five grandchildren: Cassi, Madison, Riley, Christopher (Sarah), and Adrianne; two sisters: Ruth Rogers of Elizabeth, NC, and Linda (Arlis) Springer of Delavan. Also surviving is his church family who meant so much to him.

He was preceded in death by his parents and one brother.

Ralph graduated from Delavan High School and later attended Illinois Wesleyan in Bloomington. He farmed in the Delavan area all of his life.

He was an active member of the Living Hope Community Church in Hopedale. He was a Cornbelt Board Member for 20 years, Mennonite Sale Board for many years, Delavan Ambulance Board, and Tazewell County Farm Bureau.

A private service will be held. A Celebration of Life will be at a later date. Burial will be at Prairie Rest Cemetery in Delavan. Davis-Oswald Funeral Home in Delavan is handling the arrangements.

In lieu of flowers memorials may be made to Living Hope Community Church, 326 NW Jefferson St., Hopedale, IL 61747.

Published by The Pantagraph on Sep. 16, 2021.
To plant trees in memory, please visit the Sympathy Store.
MEMORIAL EVENTS
To offer your sympathy during this difficult time, you can now have memorial trees planted in a National Forest in memory of your loved one.
Funeral services provided by:
Davis-Oswald Funeral Home
MAKE A DONATION
MEMORIES & CONDOLENCES
Sponsored by Davis-Oswald Funeral Home.
1 Entry
Sending deepest sympathy to all the family. Ralph was kind to all and always a gentleman. He will be missed by so many. Prayers your way. Paula Naffziger
Paula Naffziger
Friend
September 17, 2021
Showing 1 - 1 of 1 results