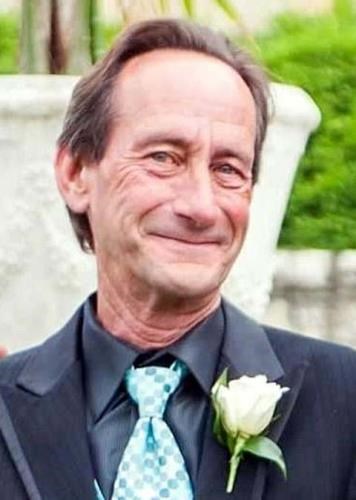 Cremation Rites will be accorded. Burial will be in the Atlanta Cemetery at a later date.

Ricky was born August 8, 1955, in Lincoln, the son of Fred and Celeste (Richard) Nichols.

He was preceded in death by his parents; step-father Henry Teal; sister Donna Willis; and step-brothers: Robert Teal and Ronald Teal.

Ricky was a 1974 graduate of Olympia High School. He was a member of the Atlanta Christian Church. He worked at Sam Leman Auto Body as a refinisher technician for 20 years and spent 45 years working in auto body repair. Ricky had been the drummer for the band "Midnight Express". He loved all motor sports, especially NASCAR, and anything cars.

Ricky enjoyed spoiling his granddaughters: Kay-Kay and Ten-Ten, and always made them laugh.

Ricky conquered his addiction and was looking forward to retirement and traveling with his girlfriend, Judy Talbert of Minier.