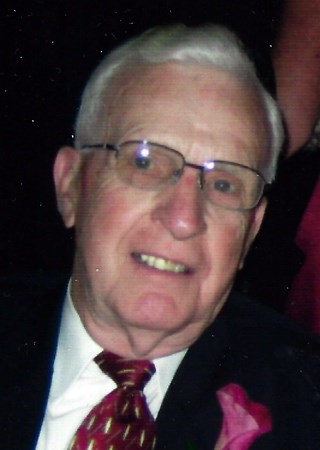 BRANSON, Missouri - Robert Dale Griswold, age 94, of Branson, passed peacefully into the presence of his Lord and Savior Jesus Christ Saturday, November 21, 2020, at the home of his daughter in Branson.

He was born September 15, 1926 on the family farm in Webb, Clay County, IA, the son of Ralph Eugene Griswold and Maude Cole Griswold. He served in the United States Army Air Corp from 1944 to 1946 in the Philippines and Japan, until his honorable discharge.

On April 4, 1948 Robert Dale Griswold married Dorothy Jean Thomas at First Baptist Church of Rantoul, IL. They had a blessed union for 61 years. Robert or Dale, as his family called him, was a faithful and devoted member and leader in Southern Baptist Churches in the cities where he lived. He served as a deacon, building committee chairman, Sunday School teacher, and outreach and witnessing leader to mention a few of his positions. He and Dorothy volunteered at the Streator Baptist Camp and with Habitat for Humanity.

Robert retired in 1987, after 40 years with GTE, which became Verizon, as a Division Manager in Kewanee, IL. He enjoyed playing golf, working in the church and being with family and friends.

He was preceded in death by his parents, his wife, siblings: June, Ruth, Warren, Glenn and JoAnn, and one grandchild.

A memorial service for the immediate family celebrating Robert's life will be held Monday, November 30, 2020 at 10:00 AM at the Lux Memorial Chapel, Rantoul, IL. Public visitation will be from 10:30 to 11:30 AM. A memorial service for the extended family and the public will be held at a future time and place to be determined. Interment will be at Maplewood Cemetery, Rantoul. Those desiring may make a memorial donation to the Erven Avenue Baptist Church, 1 Erven Road, Streator, IL 61364.

To plant trees in memory, please visit our Sympathy Store.
Published by The Pantagraph on Nov. 27, 2020.
MEMORIAL EVENTS
Nov
30
Visitation
10:30a.m. - 11:30a.m.
Lux Memorial Chapel
1551 E Grove Ave, Rantoul, IL 61866
Nov
30
Memorial service
10:00a.m.
Lux Memorial Chapel
1551 E Grove Ave, Rantoul, IL 61866
Funeral services provided by:
Lux Memorial Chapel
GUEST BOOK
11 Entries
I am glad to have met Robert Griswold at his son Tom and Mary Griswold's home. A very kind and gentle man.
Susan Savage
November 30, 2020
Love and prayers to such a dear family who are wonderful friends of our´s. Blessings in Christ :)
Lane and Linda Wascom
November 29, 2020
What a wonderful life he had over the years. I know you and the family will miss all the wonderful hours he spent with the family. God bless you all.
Red and LINDA Keith
November 28, 2020
We had the honor of spending some time with Grampa Griswold on a few occasions. What a colorful story teller! He has left a beautiful legacy. May the Lord comfort you as you grieve.
Michael and Kelly Davis
November 28, 2020
Deepest sympathy to the families especially Bill and Pam who I knew from their time in WI with GTE.
Lynda Evers
November 28, 2020
Our prayers go out to the family and friends, know Bob when he work at GTE, he will be missed. Our condolence to the family.
Charles McClure
November 28, 2020
Your dad must have been a wonderful father to have raise the caring son you are. Love you my Friend!! Gods speed to you and your family.
Robert and Madge Byrd
November 27, 2020
Thanking God for the opportunity to know this Godly man and his family. Praying for comfort and peace knowing he is in heaven praising our Lord!
Genie White
November 27, 2020
My sympathy to family. I worked with Bob at GTE state headquarters in Bloomingtn and lived down the street from his family on Jersey Ave , he was a good man !
Bob Beyer
November 27, 2020
Prayers for family, from Charles Quinn Family
Timothy l Quinn Sr
November 27, 2020
To the Griswold family....you are in my thoughts and prayers. I was Bob's secretary for many years at GTE and worked with Bill as well. He was a kind and gentle man.
Brenda Corcoran
November 27, 2020