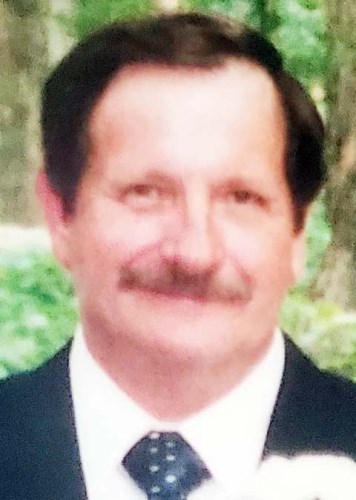 BLOOMINGTON - Terry E. Higgs, 71, of Bloomington, passed away peacefully Monday, June 14, 2021 at his home, surrounded by the love of his family.

Memorials may be made to St. Jude Children's Research Hospital, the American Cancer Society or to Illinois Cancer Care.

He was preceded in death by his parents; a sister, Cindy Higgs; and a sister-in-law, Christine Higgs.

Terry served in Vietnam with the U.S. Army and retired from Local 99 Plumbers and Pipefitters. He was an avid Dale Earnhardt fan and especially enjoyed going to the Farmer City Racetrack with his son and grandsons. Terry most loved spending time with his son and grandchildren and nothing brought him more joy than fishing with them.

Terry was so very proud of his son, Terry and daughter-in-law Niki and the family they made for all of his grandchildren. He will be deeply missed and always loved.

To plant trees in memory, please visit our Sympathy Store.
Published by The Pantagraph on Jun. 18, 2021.
MEMORIAL EVENTS
Jun
21
Visitation
4:00p.m. - 7:00p.m.
Carmody-Flynn Funeral Home
1800 Eastland Drive, Bloomington, IL
Jun
22
Funeral
11:00a.m.
Carmody-Flynn Funeral Home
1800 Eastland Drive, Bloomington, IL
Funeral services provided by:
Carmody-Flynn Funeral Home
MAKE A DONATION
Please consider a donation as requested by the family.
MEMORIES & CONDOLENCES
Sponsored by Carmody-Flynn Funeral Home.
2 Entries
So sorry for your loss.
Christine & John Berta
June 20, 2021
I am very sorry for your loss. Terry and I met doing work on new construction homes. I was the HVAC guy. I was always happy to work side by side with him. Very hard worker, very good at his craft, we listened to the same music and we both enjoyed racing. He could cuss with the best but was a true gentleman at heart. Yes... he will be missed. He was one of the good guys I´ve met in this life.. RIP.
Stephen Prochnow
Work
June 18, 2021
Showing 1 - 2 of 2 results