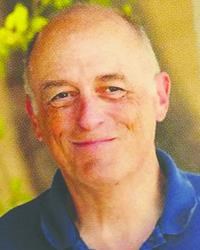 Bernard Martin "Bernie" Weinraub. On May 7, 2016, Bernie died peacefully at home in Pasadena with family by his side from sudden complications of cancer. Bernie was born in Brooklyn, NY on December 31, 1938 and joked that his father swore that was the last time he ever saved him any money.

Bernie grew up in Brooklyn and received his BA from Brooklyn College, and his MA from Columbia University, both in History. He continued to study and teach history the rest of his life. He relished classroom discussions that taught and practiced the hard work of analyzing and understanding historical events, helping his students learn how to inform one's own actions and life in an historical context. He taught at college and high school levels and ended his 41 years of teaching at The Waverly School in Pasadena. He lived most of his life in New York and New England, but relished his last 18 years as a Californian, arriving in December 1998 with the last El Nino.

Having grown up in a dense city, Bernie loved the outdoors, its spacious beauty and wild challenges. He was a Certified Outdoor Leader through National Outdoor Leadership School (NOLS), and enjoyed sharing his enthusiasms with his family and young people. He sailed local waters and hiked and backpacked sections of the Long Trail in Vermont, Appalachian Trail and many byways of New England, Sierras and Coastal Mountains of California. He cycled with the Foothill Cycling Club, including many Century rides in Southern California and practiced the Olympic recurve bow in the Arroyo with Pasadena Roving Archers.

Bernie believed in justice, and in the struggle against injustice, believing it required heart and mind, and that it began with our daily encounters with others. And he loved jokes and laughter. He believed humor was how we live with the distance between the world as we dream it, and the world as it is.

An informal gathering to celebrate Bernie's life will be held at 2:00 pm on May 29, 2016 at the residence located at 1185 Afton Street, Pasadena, California. In lieu of flowers, gifts may be made to Bernie's favorite organizations, The Waverly School in Pasadena, California and Doctors without Borders Cabot and Sons, Pasadena
Published by Pasadena Star-News on May 18, 2016.
To plant trees in memory, please visit the Sympathy Store.
MEMORIAL EVENTS
May
29
Memorial Gathering
2:00p.m.
at the residence
1185 Afton Street, Pasadena, CA
Funeral services provided by:
Cabot & Sons Funeral Home
MAKE A DONATION
MEMORIES & CONDOLENCES
Sponsored by Pasadena Star-News.
9 Entries
Miss you, my friend. We had some wonderful times together with Joel and Zel and the guys.RIP
Barry Levine
Friend
May 12, 2021
Gone too soon, missed by many. One of my best friends for 60 years. RIP my friend.
Barry Levine
Friend
May 12, 2020 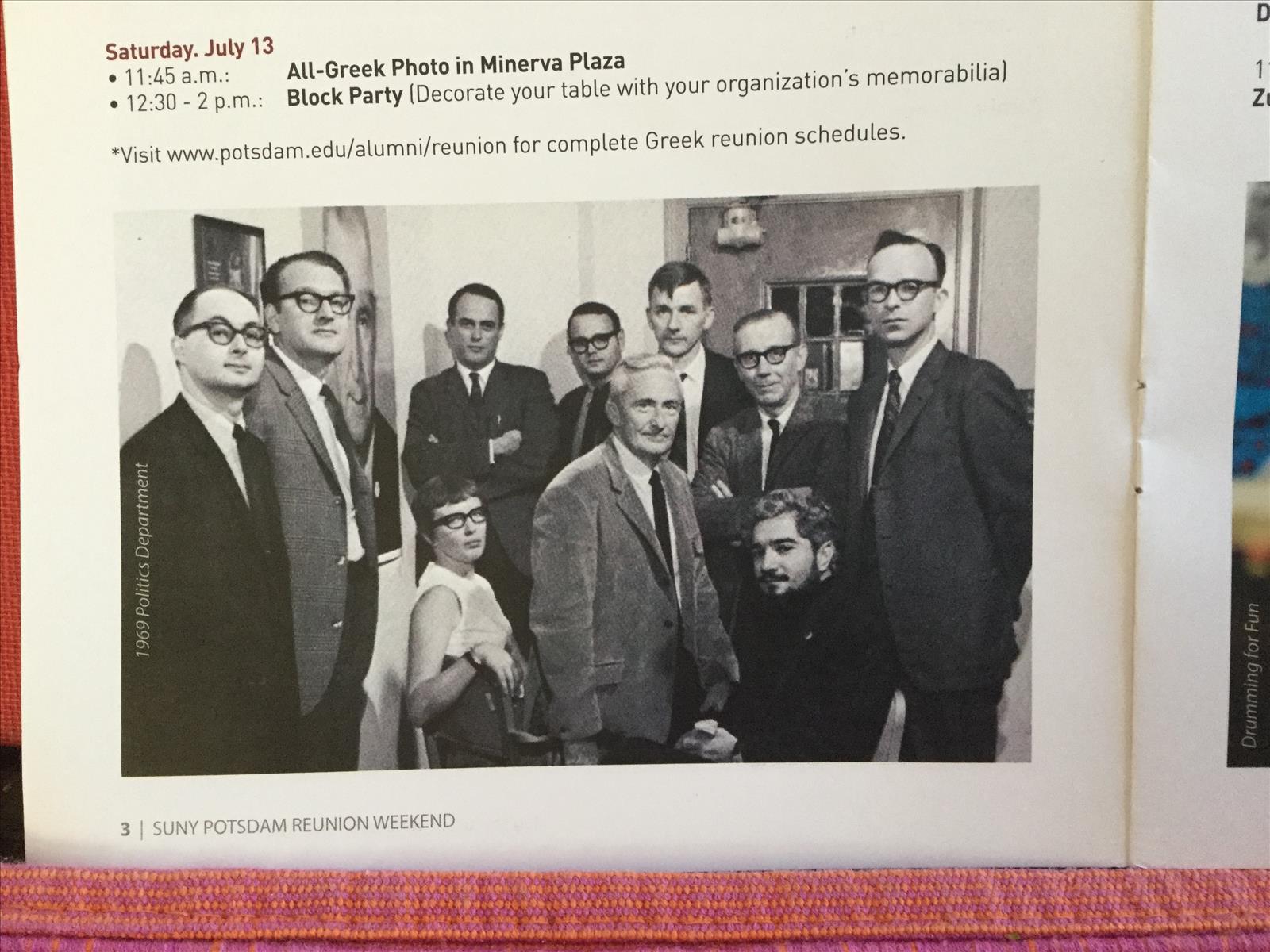 Bernie was an unforgettable colleague. I remember him as a young man. He is third from the left in this 1969 picture of the history deptartment at SUNY Potsdam.
Arthur Johnson
April 11, 2019 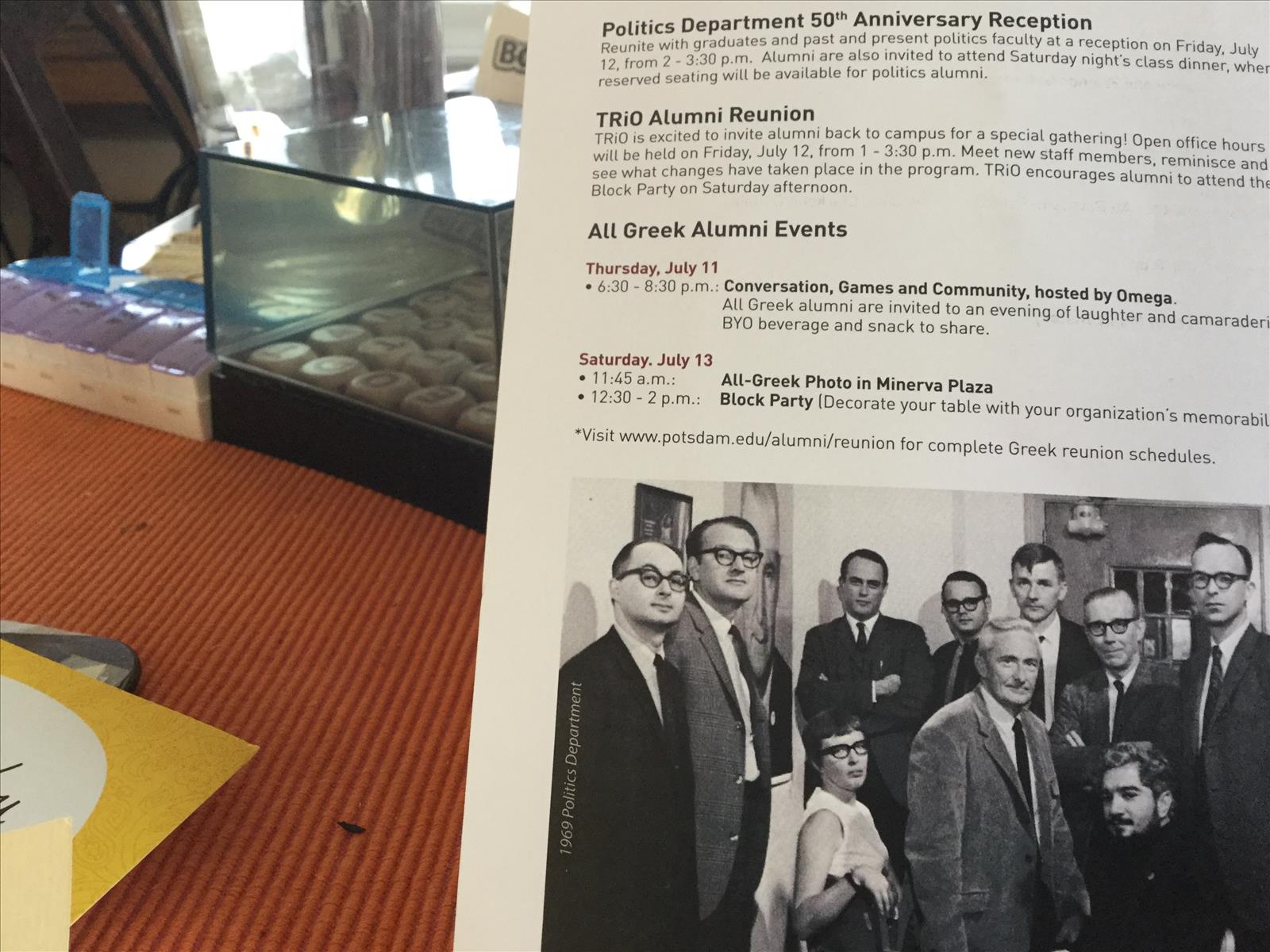 Arthur Johnson
April 11, 2019
Bernie was one of my best friends since we were teenagers, and had stayed in touch until two weeks before he passed. I had lunch with Bernie last summer. It was as though we had seen each other a few weeks before. His passing hit me hard. I shall remember him fondly forever. RIP, my friend.
Barry Levine
May 29, 2016
Bernie was a excellent teacher I had Beaver, he made the political classes and club very lively. He will be missed.
Robert Barentt
May 26, 2016
Bernie helped me keep in mind some basics when I was a nervous administrator and he was teaching history here at Waverly. The most important one was about inclusion. He was, as my dad would say, a good guy.
Lisa Groening
May 25, 2016
Bernie was the happiest funniest guy and I will miss riding next to him. The world has lost a fantastic gentleman.
ann gray
May 22, 2016
The world has lost such a bright light with Bernie's passing. He was always cheerful, ready with a story (or two), and full of love for life. I was his chiropractor. Every time I saw him, I would need to undo all the knots created by his Century rides, his archery, or who knows what. But I always encouraged him to continue doing all the knot-creating activities - he derived so much enjoyment from all that he did! It's one of Life's greatest injustices, for him of all people, to be stricken with the cancer that ended his life. I will always remember his smile and his tremendous passion for life. Indeed, he will be tremendously missed by everyone who ever knew him. Happy Trails, my friend.
Beverly Thompson
May 20, 2016
Showing 1 - 9 of 9 results