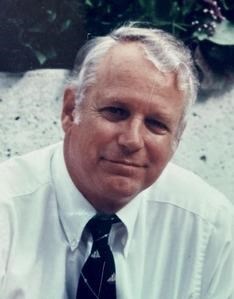 BORN
1929
DIED
2020
1929 - 2020 Roger Woodham Jelliffe, a cardiologist and Professor of Medicine who pioneered the field of Pharmacokinetics, died June 22 in Pasadena, CA after battling kidney disease. He was 91 years old. Born February 18, 1929, in Cleveland to Rowena and Russell Jelliffe, founders of Karamu House, he attended The University School, graduated from Harvard in 1950, then obtained his M.D. from Columbia University College of Physicians and Surgeons. There he met Joyce Miller, whom he married in 1954, and they eventually made their home and raised four children in Pasadena after USC recruited Roger to its Department of Medicine. He was a voracious reader and world traveler who loved his family and friends with the same fierce energy that he brought to all aspects of his life. Roger developed the earliest computer software for individualizing drug dosage. He was dedicated to developing optimally precise regimens for patient care involving potentially toxic drugs with narrow therapeutic margins of safety. He founded the USC Laboratory of Applied Pharmacokinetics in 1973 and, over the course of his sixty-year career, authored and collaborated on hundreds of peer reviewed publications. Having mentored over 100 visiting scientific scholars from around the world, Roger was honored in 2019 by the American Academy of Clinical Pharmacology when an award was established in recognition of his lifetime achievement. A polymath who had an insatiable appetite for learning and savored the richness of diverse cultures, he treasured close friends and colleagues from Caracas to Penang, and was acutely concerned for the fate of social justice in the US. He is survived by his wife of 66 years, Joyce Evelyn Miller Jelliffe, their four children, and five grandchildren: Susan Jelliffe Meloy (Lindsay Claire Meloy and Daniel Russell Meloy); Amy Ward Jelliffe married to Alexis Hubbard Johnson (Sam Winslow Jelliffe Johnson and Emily Kate Jelliffe Johnson), Elizabeth Hitchcock Jelliffe Messinger (Ren Pelissier Jelliffe Messinger); and Peter Stuart Jelliffe and partner Connie Sue Jeffers. A virtual memorial service will be held in the near future. Donations in Roger's memory may be made to Karamu House in Cleveland, OH.

To plant trees in memory, please visit our Sympathy Store.
Published by Pasadena Star-News on Jul. 12, 2020.
MEMORIAL EVENTS
No memorial events are currently scheduled.
To offer your sympathy during this difficult time, you can now have memorial trees planted in a National Forest in memory of your loved one.
MEMORIES & CONDOLENCES
Sponsored by Pasadena Star-News.
2 Entries
I would like to express my personal deep and heartfelt condolence on the loss Prof . Reger Jelliffe. He was great, hamble and polite father and friend with deep interest to explain and discuss sharing experiences. I personally remember how he was lovely and hamble, allways ready to intiate warm discussion with excellent impacts. I always remember also how he was deeply intrested to expand therapeutic drug monitoring service to unpreveledged areas of the world including my beloved country of birth Ethiopia, especially to benefit the pediatric population in need. Let all young scients keep in memory his examplary approach to help improve the treatment of needy patients by individualizing their therapy.
RIP, We really miss him not only as scientist but as a polite lovely human dedicated to advise and help.
Tesfaye Hundie, MD,PhD
Significant Other
July 9, 2020
Thank you for the great experience on that stage you will be missed
Lahemma Collins
Acquaintance
June 30, 2020
Showing 1 - 2 of 2 results