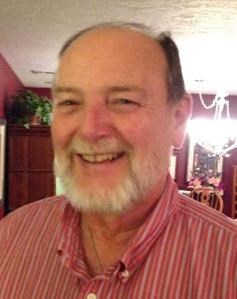 BORN
1950
DIED
2021
April 10, 1950 - October 5, 2021 Andy passed away on October 5, 2021 at age 71. He was born on April 10, 1950 in Medina County, Ohio. After graduating from Wadsworth Senior High School, Andy attended Kent State University, then served four years in the U.S. Navy, stationed at Warner Springs. On May 13, 1972, he married Nancy Gomeck; they soon became the proud parents of Kara Diane and Benjamin Andrew. Andy earned his nursing degree and worked for the County of Riverside, Indian Health Services, and in 1986, went to work for Patton State Hospital as a Nurse Practitioner, where he retired in 2014. Andy is survived by his loving wife, Nancy; his daughter, Kara; son, Benjamin; his twin grandsons, Jamie and Andrew; his brother, John (Debbie); his sisters, Brenda Leach-Wilkie (Michael), and Rhonda; and many nieces and nephews. He was preceded in death by his parents, Robert and Christine Leach. A Mass of Resurrection will be held at 10:00 a.m. on Tuesday, October 19th at St. Francis de Sales Catholic Church, 4268 Lime Street, Riverside. A private interment ceremony at the Riverside National Cemetery will be held at a later date.

Published by The Press-Enterprise on Oct. 17, 2021.
To plant trees in memory, please visit the Sympathy Store.
MEMORIAL EVENTS
Oct
17
Service
10:00a.m.
St. Francis de Sales Catholic Church
4268 Lime Street, Riverside, CA
MAKE A DONATION
MEMORIES & CONDOLENCES
1 Entry
I´m so sad to hear that Andy has passed away. I went to nursing school with him at RCC. We graduated in January of 1976. He was always a source of humor and kept things in perspective. I enjoyed knowing him and send my condolences to his family.
Christine Sullivan
School
October 17, 2021
Showing 1 - 1 of 1 results