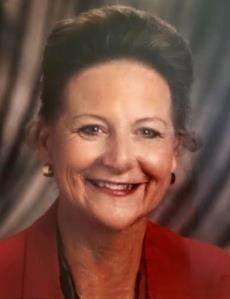 January 18, 1940 - September 13, 2021 Carole Ann Gudde passed away from natural causes on September 13, 2021, in Riverside, California. Carole was born to Margaret Lux & Robert Hamilton Parker on January 18, 1940, in White Plains, New York. She was one of seven children and along with her family moved to San Diego as a young child. She met and married Lawrence Gudde and together they moved to Riverside, California where they raised their four children, Debbie Reed, Judy Adair, Harlan Gudde, and Wilma Reynolds. Carole was a business person and entrepreneur her entire adult life. Ultimately, her most notable professional endeavor was with her business partner Bob Norton and together they began Archive Management Service in 1990. AMS was a significant business in Riverside and led Carole to the Greater Riverside Chambers of Commerce where she became Chairwoman in 2002-2003. Her time at the Chamber (1990-2007) brought Carole much joy as she collaborated with many organizations and people to help fellow businesses, charities and individuals meet their fullest potential while also helping underserved communities. All the while, raising funds and awareness for organizations that were close to her heart. Carole served on dozens of committees, received multiple recognitions, and helped to raise millions of dollars for organizations like the Arlanza Family Health Clinic, Riverside Community Health Foundation, American Diabetes Association, United Way, YWCA, and numerous others. She received several awards including The Small Business Eagle Award. In her personal time, Carole's priority was her four children, 10 grandchildren, and 13 great-grandchildren. Her favorite place was always the beach, primarily Hawaii and San Clemente, and to have her family around her. Carole will be remembered as a generous, strong, loving, and kind person that gave of herself to everyone she met. She lit up a room and wanted everyone to succeed in life and feel special. Most importantly, she felt strongest about this for her family who will miss her most of all. Carole is survived by her 4 Children and their Father, 2 Son in Laws, 3 Siblings, 10 Grandchildren, 13 Great Grandchildren, and a Community who was better off for her being a part of it. A Service in Carole's honor will be held at St. Catherine of Alexandria Catholic Church, Friday, October 15, 2021, at 10 am with a reception to follow at Victoria County Club. Locations: St. Catherine of Alexandria Catholic Church 3680 Arlington Ave, Riverside California 92506 Victoria Country Club 2521 Arroyo Drive, Riverside California 92506 In lieu of flowers please consider a donation in the name of Carole Gudde: Mary S Roberts Pet Adoption Center: https://www.petsadoption.com/index.php/giving/donations/ memorial and click on tributes. Feeding America: www.FeedingIE.org/donate.

Published by The Press-Enterprise on Sep. 29, 2021.
MAKE A DONATION
Please consider a donation as requested by the family.
MEMORIES & CONDOLENCES
1 Entry
To the many friends and love ones! My heartfelt memories of Carole are the Best. I was blessed to know her and be her hairdresser for many years. We shared life weekly. She had a joy in her heart that she shared with all. Hugs & Love my Friend from Bonnie & family
Bonnie M Pregent
September 29, 2021
Showing 1 - 1 of 1 results