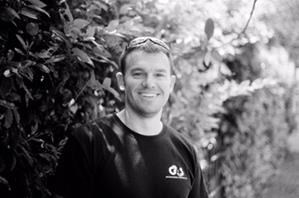 ABOUT
Riverside Poly High School
Dec. 29, 1982 - Nov. 25, 2020 John was a devoted son, brother, nephew, uncle, cousin, brother-in-law, and friend. He is survived by his mother, Carol Wallace; his father, Stan Dendinger; his twin sister Jennie Carpenter and older sister Emily Dendinger. John was also a beloved uncle to his nieces, Ella & Eden, and his nephew, Aiden. A public military honors service for John will be conducted at Riverside National Cemetery on Friday, October 22nd at 2:00 pm. The cemetery is located at 22495 Van Buren Boulevard, Riverside, CA 92518. John was raised in Riverside where he graduated from Poly High School in 2001. He went on to become an extremely accomplished and decorated United States Navy SEAL. He was awarded numerous honors during his service including the prestigious Legion of Merit Award by Order of the President. He graduated from University of California Berkeley in 2019 with a degree in the classics. John enjoyed adventure, travel, and the exploration of different cultures. He is remembered for his loving spirit, his bravery, his loyalty, his hilarious sense of humor, and contagious laughter. He loved his family and friends profoundly and was admired by so many. His valor and courage will continue to be honored and his memory will be eternally cherished. In lieu of flowers, kindly consider donating to one of the following organizations in John's memory and in support of veteran suicide prevention: The Navy SEAL Foundation https://www.navysealfoundation.org/ or SEAL Future Foundation https://sealff.org/

Published by The Press-Enterprise on Oct. 10, 2021.
MAKE A DONATION
MEMORIES & CONDOLENCES
0 Entries
Be the first to post a memory or condolences.