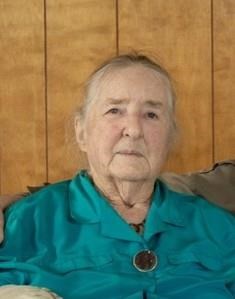 BORN
1932
DIED
2021
9/12/1932 - 10/18/2021 Lola M. Elders died due to the effects of pancreatic cancer in hospice care at the Asistencia Villa Rehabilitation Center, in Redlands, CA, on October 18, 2021, at the age of 89. She was born in 1932, near Adelaide, South Australia, to Emilie and Jasper Barritt, and grew up on the family's sheep ranch and vineyard in the Barossa Valley, where she acquired her love of bird watching and the outdoors in general. She was educated at Woodlands, a boarding school for girls, and at the University of Adelaide, where she obtained a BA in geography. In 1959, after the death of her parents, she traveled to England, where she worked as a secretary at the University of London. In a desire to see snow for the first time, in January 1960, she traveled to Geilo in the mountains of Norway to learn to ski. There she met Wilfred, her future husband, from England, who was doing graduate studies in geology in Norway. Their romance blossomed, and they were married in England in August 1961, and emigrated a few days later to the USA, where Wilfred joined the faculty of the University of Chicago and Lola worked in the university library. In 1969 they moved to the University of California, Riverside, where Wilfred taught for 33 years. Lola became a homemaker, as they had acquired three children, Adam, Thomas, and Emily, all of whom are married with children, and are living in California. During their happy 60-year marriage, Lola and Wilfred traveled extensively, with extended stays in New Zealand, Mexico, Japan, and Iceland, while Wilfred carried out research on Geothermal Resources. This allowed Lola to pursue her interests of photography and bird watching in very different environments. A private celebration of Lola's life is planned. In lieu of sending flowers you are invited to donate to the American Cancer Society in Lola's name.

Published by The Press-Enterprise on Oct. 20, 2021.
To plant trees in memory, please visit the Sympathy Store.
MEMORIAL EVENTS
To offer your sympathy during this difficult time, you can now have memorial trees planted in a National Forest in memory of your loved one.
MAKE A DONATION
Please consider a donation as requested by the family.
MEMORIES & CONDOLENCES
3 Entries
I will always think of Lola with fondness. She was an honorable kind woman with a generous spirit.
Roberta Smith
Other
October 21, 2021
Thinking of you and your family during this hard time.
Angie Hafer
October 20, 2021
I remember her enthusiasm when we were both in Viewfinders, a local photography group. She had a great interest in the world around us.
Connie Confer
October 20, 2021
Showing 1 - 3 of 3 results