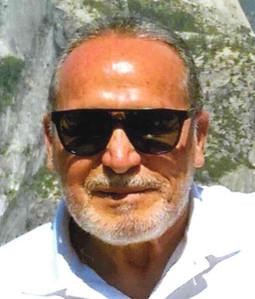 BORN
1944
DIED
2021
FUNERAL HOME
Arlington Mortuary
9645 Magnolia Avenue
Riverside, CA 92503
Magdaleno (Mag) Flores Jr. Magdaleno (Mag) Flores Jr. was released from the bondages of Parkinson's Disease on April 16, 2021. Born on January 9, 1944 in Santa Ana, CA to Magdaleno H. and Lucy Rodriguez Flores, he grew up in Victorville, CA. After serving proudly in the United States Army from 1965-1967 and achieving the rank of Specialist E-5, he married his high school sweetheart, Deborah Wilson, on June 13, 1967. They subsequently moved to Riverside where he and Debbie raised three daughters: Natalie, Timilie (Nicolas Losq) and Jessica (Jordan Silberling). After achieving his AA degree at Riverside City College, Mag attended Cal Poly Pomona and during that time served as a recreation aide and lifeguard for the City of Riverside. After graduation, he was hired as a Deputy Probation Officer for the Riverside County Probation Department and was employed there until his retirement in December 1998. He then worked as a property manager for the Lewis Operating Corp. until 2008. Outside of work, Mag, who was an accomplished wrestler in high school, served as a high school, NCAA, and international AAU/FILA Official for free-style, Greco-Roman and SAMBO wrestling. He had the honor of being appointed as a timer for the 1984 Olympics for the Free Style and Greco-Roman wrestling competitions. He was a past member of the Riverside County Bar Association's Judicial Selection Committee and the Riverside Salvation Army Board and, in recent years, served as Veterans Chairman for PossAbilities Golf (EXCEED) at Golden Era Golf Course. Mag and Debbie moved to the Four Seasons 55+ community in Beaumont in 2007, and, in his retirement years, he loved walking the trails there and playing golf, but the time he valued most was that spent with his children and grandchildren (Andrew, Kaleb, Brandon, Asher, Ella, Kiana and Naya). His family was the light of his life. Private services will be held at Riverside National Cemetery. Mag requested that donations in his memory be directed to the Salvation Army, whose causes and endeavors he so greatly respected. Arlington Mortuary, Directors (800) 275-4648 www.arlingtonmortuary.com

To plant trees in memory, please visit our Sympathy Store.
Published by The Press-Enterprise on May 16, 2021.
MEMORIAL EVENTS
No memorial events are currently scheduled.
To offer your sympathy during this difficult time, you can now have memorial trees planted in a National Forest in memory of your loved one.
Funeral services provided by:
Arlington Mortuary
MEMORIES & CONDOLENCES
Sponsored by Arlington Mortuary.
0 Entries
Be the first to post a memory or condolences.