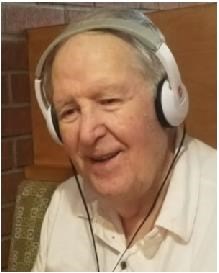 Malcolm S. "Mac" MacMillan passed from this life to the next peacefully on May 8, 2019. He was surrounded by family who loved him dearly.
Mac was known for his fantastic sense of humor, affable nature and kindness. Mac had a passion for history and was particularly interested in the Civil War. He was an avid reader and writer. He passed his love for learning on to his children and grandchildren and set the bar high. He loved spending time with his grandchildren.
Mac held a strong faith and shared his faith with his family, stating recently, "I wish everyone would know we are all children of God. We are all precious in His eyes. Every once in a while I feel like I touch infinity. With God's help, we can all touch infinity." It is appropriate that Mac passed on May 8, with the number eight representing the symbol for infinity.
Mac was born on September 24, 1935, in Salt Lake City, Utah to Stuart B. and Mary S. MacMillan. He had two brothers, Joseph (Virginia) MacMillan and Stuart (Irene) MacMillan, and one sister, Mary Panks. The family moved to Pocatello, Idaho where Mac attended school through high school graduation. Mac enlisted in the U.S. Army following high school graduation and served three years, earning National Defense Service and Good Conduct Medals, and was honorably discharged as a Specialist Second Class. He graduated from University of Utah, where he met his first wife, Jeri Kuoppamaki. Mac attended San Francisco Law School at night while he was working at the post office and helping to raise three young sons. He served as an attorney for 50 years, including nearly 30 years as a public defender for Riverside and Los Angeles counties. He taught law school in the evenings at California Southern Law School. He regularly provided pro bono service to people in need. Mac believed in his purpose as a public defender and in the importance of every person's right to a fair trial in accordance with the Constitution.
Mac was an amazing father and grandfather and he was very proud of his five children and his 13 grandchildren. He is survived by his sons Steve (Dana) MacMillan, Kevin (Gail) MacMillan, Michael (Heidi) MacMillan, and Brian (Wendy) Bradfield, daughter, Jennifer (Bill) Johnson, and grandchildren Amelia, Marisa, Olivia, Mathilda, Maverick, Linnea, and Natalie MacMillan, Caitlin Berger, Mitchell Bryant, Hayley Correy, Brandon Bradfield, and Ashley and Amanda Johnson. Mac is also survived by his brother, Stuart, and sister, Mary, and by his sweetheart, Eileen MacMillan. He was preceded in death by his brother, Joseph, and by his parents.
Mac will be interred with military honors at Riverside National Cemetery on June 28, 2019 at 1:15 PM.

To plant trees in memory, please visit our Sympathy Store.
Published by The Press-Enterprise on Jun. 23, 2019.
MEMORIAL EVENTS
Jun
28
Interment
1:15p.m.
Riverside National Cemetery
, CA
MEMORIES & CONDOLENCES
4 Entries
There are not many that held up the high standards that "Mac" did....thinking of you Mr. M
Steven OWen
Work
June 24, 2021
Malcolm was a fantastic person and a great attorney..he did work for me, and I appreciated his representation. He will be missed!
Steven Owen
Acquaintance
June 20, 2020
Kathy Dorough
June 26, 2019
I use to work for Mr. MacMillan as his paralegal.

Mac use to always volunteer at legal aid and he would come back the next day to his office with a new client for us to help free of charge and he would pick the worst case possible to work on.

I finally asked him one day why he would bring back those cases to work on? He told me that when he dies and is up at the pearly gates and St. Peter comes up to him and would ask him why he didn't help that client with their case, he wouldn't have an answer and could possibly lose his chance to go into heaven, and then he would laugh and smile at me saying he didn't want to take that risk.

He always cared about his clients and always taught me to Listen to then because they are going through a very difficult time in their lives and they need our help.

Mac made me see a whole different side in the legal field. Probably one of the most honest and caring attorney and human being I have ever met.