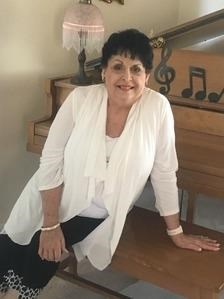 BORN
1926
DIED
2021
FUNERAL HOME
Acheson & Graham Garden of Prayer Mortuary
7944 Magnolia Ave
Riverside, CA
December 29, 1926 - October 10, 2021 Mary Lou Couch passed away peacefully in the loving arms of her family and friends at the home of her son, Rodney Couch, and daughter-in-law, Terry Couch, in Riverside, CA. Mary Lou was 94 years 'young' when she left us. Born in Chicago, IL, Mary Lou Pusatera was the daughter of Joseph and Celeste Pusatera. While living in Chicago, Mary Lou married John Hansford Couch on October 20, 1945. She and John had two children, John D. Couch and Regina Couch. Tragically, Mary Lou lost both her husband and her young daughter early in her marriage. Mary Lou married James H. Couch on July 3, 1954 in Riverside, CA. Together, they had two sons: Robert B. Couch and Rodney K. Couch, and lost a daughter, Mary Ann, to stillbirth. Mary Lou was preceded in death by her parents, husbands John H. Couch and James H. Couch, daughters Regina and Mary Ann, and son Robert. Mary Lou is survived by her sons John D. Couch and Rodney K. Couch, nine grandchildren and twenty-five great grandchildren. Mary Lou will be fondly remembered as an entrepreneur in a variety of business activities including a stint in business development at the Press Enterprise Newspaper; owner-operator of the Venus De Milo Women's Health Club in the Brockton Arcade; as well as her ownership of both the Nu Ewe Women's Clothing store and Computer Kingdom in the Canyon Crest Town Center; all in Riverside, CA. Mary Lou's faith-based life also included service as a minister in the St. Stephens Bereavement Ministry at St. Catherine's Catholic Church (Riverside, CA), as well as remaining very active throughout her life in both the Beta Sigma Phi Sorority and The Red Hat Society. "Lou Lou" (as she was known by her family and friends) will always be remembered for her Christ-like spirit (Proverbs 31:29-31) and her unwavering love of family, friends, and of course, the Los Angeles Lakers. She was a caring and confident woman who lived life to the fullest and was always grateful for the time she had with everyone. A Rosary Service will be held in Mary Lou's honor at Acheson & Graham Garden of Prayer Mortuary on Tuesday, October 19 at 6:00pm. A funeral service will be held at St. Catherine of Alexandria Catholic Church (3680 Arlington Ave, Riverside CA 92506) on Wednesday, October 20 at 1:00pm. Following the service, the family will be hosting a Celebration of Life reception at The Mission Inn Hotel (3649 Mission Inn Ave, Riverside CA 92501) and would enjoy the company of all her friends. Flowers will be graciously accepted and can be sent to Acheson & Graham on October 19, 2021. Thank you. Acheson & Graham Garden of Prayer Mortuary, 7944 Magnolia Ave, Riverside CA 92504, (951) 688-1221