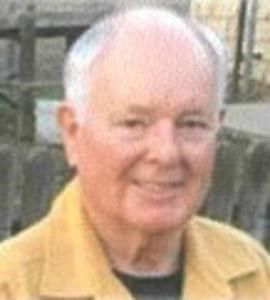 BORN
1940
DIED
2020
FUNERAL HOME
Miller-Jones Mortuary & Crematory - Hemet
1501 West Florida Avenue
Hemet, CA
Robert Beech, Sr., aka Bob, age 80, was born October 20, 1940 in Tulare, CA and passed away at home on August 17, 2020 in Hemet, CA. He was raised in the California central valley and graduated from Lindsay High School in 1958. He enlisted in the Navy and served honorably from 1961 to 1965 from Point Mugu to Washington, DC. His training included skillsets which is now information technology. He always credited his military time with preparing him for his eventual computer career. His career grew to include private and public companies. His organizational skills served him well. He retired in 2005. He was also an active Los Angeles County reserve deputy sheriff for the San Dimas sub-station for 20 years. He was an active dad with his children while living in Southern California and his kids then living in the central valley. Each of his now grown children have fond memories of dad attending their sports, scout, school or dance recitals. He was a man who loved his family and worked hard to include extended family. In retirement, he moved to Four Seasons, Hemet participating in community committees like Access and Finance. He is survived by his wife, Julie, since Dec. 2019. He was preceded by Cynthia, his spouse from 2004 through her passing in 2019. His eldest daughter, Maribeth, passed December 2020. He has four living children and spouses, two step-children and spouses, 11 grandchildren and one great grandchild, two brothers and spouses, residing in the California central valley, Arizona and Colorado. His cancer originally began with skin cancer that went to remission for a number of years. He was diagnosed with renal cancer 12 years ago. His cancer journey became aggressive when this disease metastasized. He was always grateful for having a happy long life. Miller Jones Mortuary, Hemet, CA is coordinating interment at Riverside National Cemetery on Friday, October 1, 2021 @ 9:45AM. Service in Lindsay, CA to be determined.