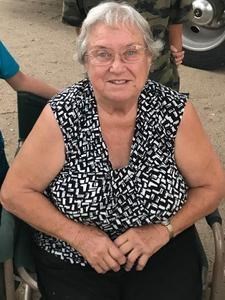 BORN
1935
DIED
2021
ABOUT
Hollywood High School
May 9, 1935 - August 12, 2021 Sally Ann Carlson, 86, passed away August 12, 2021, peacefully at home with her husband in Norco, California. Sally Carlson was born May 9, 1935, in Hollywood, California. She was the daughter of Julia Jones who was a Hollywood actress before movies had sound. She graduated from Hollywood High School and loved to sing and dance. She belonged to the Screen Children's Guild and performed children's parts in several productions. She married Richard Dick Carlson September 15, 1963 and remained married almost 58 years. Sally is survived by her husband: Richard Carlson, of Norco. She is also survived by her three children: Mike Carlson, of Norco; Dana Czubakowski of Norco; and David Carlson, of Riverside and her five grandchildren: Larissa, Amanda, Trent, Dharma, Jacob, and Logan. A personal tragedy early in her life took away her dream of having kids. She was heartbroken and depressed but her Christian faith and inner strength led her to a new variation of herself by meeting, falling for, and subsequently marrying Dick. Thus embracing the opportunity to at last fulfill her dream, adopting a bucket full of kids and finally becoming a mom. And so began the most meaningful and longest variation of her life Mom. I think it's safe to say Sally was mom to a lot more people than just Mike, Dana and David; hands on and metaphorically. She was there with a shoulder to cry on, an ear to listen, a hand to help and reach out to and a voice of reason when it was needed most. She was a true Christian in every sense of the word, who followed the golden rule and gave of herself to the disaffected and wanting, with a lifetime of service to her church and her community. Sally had dedicated her life in the service of others. It started at age 6 when she and a friend took their little red wagons door to door collecting shoes and coats for the Los Angeles Union Mission. They did this for several years. She had served for 10 years as President of the Board of Directors of Settlement House. Settlement House is an organization serving underprivileged members of our community. And was a board member for 11 more years. For 25 years she cooked meals once a month for God's Kitchen where the homeless were fed. She was a literacy tutor. She volunteered at CRC (California Rehabilitation Center) in the Hospitality Place for 15 years and was on the board for 10 years, twice as President and also as Secretary. She went through the chairs of Job's Daughters and became Honored Queen. She was the music director for two years. Sally was the superintendent of Sunday school for approximately 20 years at the Corona United Methodist Church. She was President of United Methodist Women for 4 years. She directed a folk/rock musical group at her church for 9 years. She had sung in the choir for many years. She was a member of Corona Evening Kiwanis for 8 years; and President for 3 years. She worked with the Indian Maidens YMCA for 4 years with her daughter Dana. Was a Big Sister to 4 girls in 17 years. She also ran the Orange County Chapter of Big Sisters as a volunteer director for 10 years. Was a 4-H leader in Norco for 10 years. She ran the snack bar for Norco's Chet Nicholson Relay for 20 years. Many have stories of how Sally affected their lives. That is her gift to us all. That is what she has left us. Those stories, those memories, those lessons learned. For at the end of her amazing life, that is what she was above all. A teacher. We will all carry her lessons with us for the rest of our lives. That was her gift and that is how her memory will never fade. "A hundred years from now it will not matter what my bank account was, the sort of house I lived in, or the kind of car I drove But the world may be a little different because I was important to the life of a child." Please join us for the celebration of her life October 2, 2021 at 11:00 a.m. Corona United Methodist Church 2880 California Ave, Corona, CA 92881. Reception to follow.