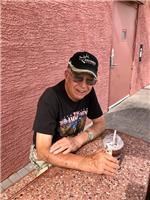 BORN
1939
DIED
2021
Gary Dean Alexander beloved husband, father, and long time Alaskan, passed away peacefully Sunday August 22, 2021 in Anchorage, Alaska.
He was born September 18, 1939 in Spokane, Washington to parents Marie and Floid Alexander.
After graduating from Central Valley High School in Spokane in 1958, he married his high school
sweetheart Georgia Alexander.
Gary earned his degree from Washington State University in 1963 and went to work as a teacher at Parkrose High School in Portland, Oregon.
In 1968 Gary and family moved to Soldotna-Kenai, Alaska where he continued teaching for the Kenai
Peninsula Borough School District. In the early 1970's he became a commerical fisherman which he found he loved. Later he would also became a business owner, but commercial fishing continued to be his passion.
Gary enjoyed every flight he took in his Super Cub but he especially loved sharing stories of his many
adventures hunting and fishing, with friends and new acquaintances alike.
He is survived by his wife of 62 years Georgia Alexander, sons Brett Alexander and Brian Alexander,
grandchildren, great grandchildren, and sister and brother-in-law Donna & Richard Liab of Rockford.
WA.
Celebration of Life will be held at a later date. 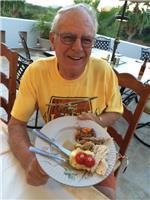 Published by Peninsula Clarion on Sep. 9, 2021.
To plant trees in memory, please visit the Sympathy Store.
MEMORIAL EVENTS
To offer your sympathy during this difficult time, you can now have memorial trees planted in a National Forest in memory of your loved one.
MAKE A DONATION
MEMORIES & CONDOLENCES
Sponsored by Peninsula Clarion.
3 Entries
As the days and weeks pass, and as you return to life's routine, may you continue to feel comforted by the love and support of family and friends.
Aide
School
September 17, 2021
May God bless you and your family in this time of sorrow.
Student
September 9, 2021
My condolences to the family . May you find comfort in your treasured memories and Gods promise to return our loved ones . 1st Thessalonians 4 : 13 & 14 .
Earnie Ray
September 9, 2021
Showing 1 - 3 of 3 results