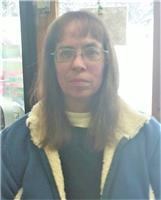 A memorial celebration of life will be held at her daughter's home on tote road Aug 20th at 4pm. Priscilla will be cremated and laid to rest with her family in Palmer and family in Kasilof.

She was born in Palmer, AK Mar. 9, 1956, at Valley Presbyterian Hospital as Priscilla J. Lindeke, the third of four children. She grew up on Lazy Mountain with her parents Sidney & Margaret Lindeke in the Lazy Mountain Children's Home. She graduated Palmer High and married Robert Brown on June 23, 1976. She had 2 daughters Caron and Theresa. They later moved to the Kenai Peninsula for work and to raise their family.

Her family wrote, "Priscilla's life was filled with Joy as her middle name stated, she lived up to that. She was the most caring loving, giving person we could know. There were never many bad days with my mom. She loved crafting, gardening, puzzles, and reading. If she wasn't making or baking something for someone, she was outside in her greenhouse or fishing and camping. She would have wanted everyone to celebrate she loved family gatherings and being with friends."

She was preceded in death by her mother Margaret (McElhinney) Lindeke and brother, Daniel Lindeke and foster brother, Nick McCarlo.

Priscilla is survived by her husband of 45 years Bob Brown; children, Caron Brown and Theresa King; grandchildren, Chloe, Johnathan, and Elizabeth; her father, Sidney Lindeke in Palmer, who is 94; her brother, Nathan Lindeke; sister, Lydia Wood; foster sisters, Olga and Susan McCarlo; and foster brother Freddy Amel McCarlo. She has so many nieces, nephews, grandnieces and nephews and friends who have become family and endless family on her husband's side who loved Priscilla as though she was their own.

Arrangements were made by Peninsula Memorial Chapel.
Published by Peninsula Clarion on Aug. 20, 2021.
To plant trees in memory, please visit the Sympathy Store.
MEMORIAL EVENTS
To offer your sympathy during this difficult time, you can now have memorial trees planted in a National Forest in memory of your loved one.
Funeral services provided by:
Peninsula Memorial Chapel
MAKE A DONATION
MEMORIES & CONDOLENCES
Sponsored by Peninsula Clarion.
1 Entry
As the days and weeks pass, and as you return to life's routine, may you continue to feel comforted by the love and support of family and friends.
Me
August 20, 2021
Showing 1 - 1 of 1 results