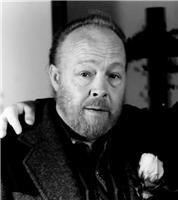 BORN
1948
DIED
2021
FUNERAL HOME
Peninsula Memorial Chapel
5839 Kenai Spur Hwy.
Kenai, AK
After beating cancer in 2018, Ralph Edward Cunningham, 72, succumbed to further health complications on July 7, 2021, at his home in Soldotna. Ralph was born July 26, 1948, in El Paso, Texas, but his true home was in Alaska, where he moved to in 1959.
He graduated from Kenai Central High and attended the University of Alaska before joining the Navy SeaBees in 1967 as a Construction Electrician. Initially stationed in Adak, he later served in the Vietnam war, earning a purple heart before his honorable discharge in 1970 as U.S. forces withdrew.
The education he received in the service led to a lifelong career. From the artic to Shemya, he helped build the state's electrical infrastructure. He was also a member of the IBEW Local 1547 for over 30 years before retiring-a word that had a very different definition to him.
Not content to sit on his "derriere," as he put it, he continued to work hard the same way he had his entire life. He was a rare master of many trades, and there was little he couldn't do or didn't do at some point in his life. Work ethic was important to him, second only to his family and loved ones. He was happiest when helping others and the impact he had on countless lives is immeasurable.
Whether it was an old friend down on their luck, one of his kids with car trouble, or a grandchild looking for a sweet treat, where there was someone in need, you'd find him. You could always count on him to be there with a smile, a joke, and a huge heaping of wise advice-whether you wanted it or not.
He is survived by four of his five children, Stacy, Tracy, Brice, and Amanda; two brothers, Charlie and Walter; two sisters, Janay and Carol; 19 grandchildren; two great-grandchildren; and innumerable friends. He was preceded in death by his youngest son, Trevor, as well as his mother, June Scott, and father, Charles Cunningham Jr.
A memorial service will be held August 13th at 1 pm at Peninsula Memorial Chapel.
Published by Peninsula Clarion on Aug. 1, 2021.
To plant trees in memory, please visit the Sympathy Store.
MEMORIAL EVENTS
Aug
13
Memorial service
1:00p.m.
Peninsula Memorial Chapel
5839 Kenai Spur Hwy., Kenai, AK
Funeral services provided by:
Peninsula Memorial Chapel
MAKE A DONATION
MEMORIES & CONDOLENCES
Sponsored by Peninsula Clarion.
2 Entries
You are in our thoughts, Brice, Nikki and kiddos. <3 Here for you.
Art and Barbara
Friend
August 5, 2021
As the days and weeks pass, and as you return to life's routine, may you continue to feel comforted by the love and support of family and friends.
Friend
August 1, 2021
Showing 1 - 2 of 2 results