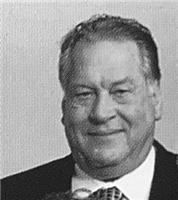 Royce spent most of his adult life in Kenai, Alaska, working first as a welder in the Cook Inlet Oil field, followed by a long and distinguished career in the oil industry.

An innovator, Royce was granted several patents for oil pipe inspection and maintenance inventions that remain in use to this day. He launched a very successful and prosperous business known as Arctic Pipe Inspection (API) in the early 1970's, with facilities in Kenai, Prudhoe Bay, Port Hueneme, California and Channelview, Texas. Over the years, API and its sister company, Arctic Recoil, employed hundreds of individuals. The oil services business was challenging, but Royce survived and thrived in it with the help of many long-term, loyal employees and by providing quality workmanship unmatched by his peers. Despite his many achievements, Royce was proudest of being able to provide employment and a living wage to hundreds of people over many years.

Royce also commercial fished for salmon and halibut in the waters of the Cook Inlet.

He was an avid horseman, and trained and raced many horses over the years, but one of his favorites was his beloved Arctic Boy, who ran in the 127th Kentucky Derby in 2001.

Royce is survived by his sister, Helen Harvey, and step-daughters Lola Matheus (Jim) and Bobbie McPherson (Tommy). He was preceded in death by three children, sisters Helen Harvey and Stella Hart and brother Herman Roberts.

With his outrageous but true accounts of living on the Last Frontier, Royce could hold a crowd in rapt attention, punctuated with uproarious laughter. Anyone who spent time with Royce will get a smile on their face or a chuckle when they recall what many friends knew as "Royceisms". Royce had a tough exterior but would always be there to help a friend.

Viewing will be on Friday, August 13, 2021 from 6-8 pm and a chapel service on Saturday, August 14, 2021 at 10 am at McNett Funeral Home, 705 North Main Street, Andrews, TX.
Published by Peninsula Clarion on Aug. 16, 2021.
To plant trees in memory, please visit the Sympathy Store.
MEMORIAL EVENTS
Aug
13
Calling hours
6:00p.m. - 8:00p.m.
McNett Funeral Home
705 N Main St., Andrews, TX
Aug
14
Celebration of Life
10:00a.m.
McNett Funeral Home
705 N Main St., Andrews, TX
Funeral services provided by:
McNett Funeral Home
MAKE A DONATION
MEMORIES & CONDOLENCES
Sponsored by Peninsula Clarion.
4 Entries
So sorry to hear of Royce's passing. He was definitely a fine man and extremely caring of others. He always kept in touch just to see how the people he cared about were doing. He will be missed. Thoughts and prayers to his entire family.
Shirley Craycroft
August 18, 2021
Royce was such an awesome person and neighbor here in Humble. He was very kind to my wife Terri and I, cheerful and welcoming. I enjoyed the many conversations with him over the past few years. We were so sad to hear of his passing. He will be truly missed here in Serrano Creek! Our deepest sympathies and prayers.
Michael Alexander
Neighbor
August 17, 2021
Royce was a good man....we worked in the Alaska oil patch for many years and I was glad to know him...It took 30yrs but Royce finally let me buy his lunch! A man of values and honor and I always liked his work ethic. Will miss him here, will trade stories with him later....
Bill and Cheryl Thompson- Bartlesville, OK
August 17, 2021
Royce always had a smile and kind words when I’d see him out in our Houston-area neighborhood. While I didn’t know him well, his passing leaves a void in our lives. My sympathies on your loss.
Robin Gladstein
Neighbor
August 17, 2021
Showing 1 - 4 of 4 results