Longtime resident of Port Angeles L. Wayne Ostlund passed away on June 19 at the age of 95.

Wayne was well-known locally for his contributions to peace and social justice, environmental protection and progressive thinking. Wayne wrote hundreds of letters to the editor starting in the late 1950s and continuing through last year.

He co-founded the controversial Committee for Peace in the early 1960s and attended the March on Washington where the Rev. Dr. Martin Luther King made his famous "I Have a Dream" speech.

He was active with Protect the Peninsula's Future, the North Olympic Land Trust and several other progressive organizations and discussion groups. He also continued to attend the Saturday peace vigil in Port Angeles until a month before his death.

He and his wife of 60-some years, Lee M. Ostlund, a longtime Lincoln School teacher who died in 2008, were known for their hospitality, lively conversations, rich friendships, organic gardens and excellent homemade wine.

Wayne was born in 1918 in Moline, Illinois. He hitchhiked west after high school.

His first glimpse of Port Angeles was in 1937 following a two-week backpack trip over Hayden Pass to the Elwha River. He immediately felt at home in this area but needed to find work in the midst of the Recession of 1937-38.

He and two other teenagers (who knew nothing about tides and currents) bought an 18-foot boat with a 3.5-horsepower engine and took three weeks to travel from Port Angeles through the Inland Passage to Ketchikan, Alaska, with three years of subsequent Alaskan adventures involving fish traps, gold mines, CCC camps and road-building.

He recalls cutting 80 cords of firewood with a Swede saw in minus-40-degree weather the winter of 1939.

Wayne worked in the Seattle, Washington, shipyards as a welder in the early 1940s and became fireguard for the Sol Duc River area. He hiked the park and got to know some of the old-timers: Minnie Peterson with her pack horses; cougar hunter Ignar Olson, for whom Wayne cooked and oversaw Olson's Enchanted Valley woodcutting operation; wildlife photographers Herb and Lois Crisler, at their remote cabin on Hurricane Ridge.

Wayne married Lee M. Thoma in 1947, and together, they raised two daughters in Port Angeles. His love for the Olympic Peninsula extended from hiking to kayaking, mountain climbing and backpacking (which he introduced to his daughters from the time they were 3 and 5 years old).

He was foreman for the Milwaukee Railroad for many years and applied his considerable practical talents to building and maintaining his home, farm, orchards and vegetable gardens.

Wayne lived independently on the Ostlunds' 40-acre farm on Blue Mountain Road until his death. The family had donated the land's development rights to the North Olympic Land Trust to protect it as a refuge for the many species of plants and animals that exist there.

When Wayne could no longer navigate independently, he made the decision to stop all nourishment and liquids, and two weeks later, he died peacefully at home surrounded by family.

His decision, inspired by author Scott Nearing of the back-to-the-land movement, enabled Wayne to connect with many friends during his final days. Volunteer Hospice of Clallam County provided exceptional support to Wayne and the extended Ostlund family.

He is survived by daughters Karen Kudebeh and Susan Meyer, sons-in-law Steve Kudebeh and Leonard Meyer, and grandchildren Kristin and Ryan Kudebeh.

Wayne's life celebration will take place on Ostlund's Back 40 on the International Day of Peace this Sunday, September 21, at 2 p.m. For information about the event, phone 452-2755.

The family requests that any donations be made in Wayne's name to the North Olympic Land Trust, 104 North Laurel Street, Suite 104, Port Angeles, WA 98362; or Volunteer Hospice of Clallam County, 540 East Eighth Street, Port Angeles, WA 98362.
Published by Peninsula Daily News on Sep. 12, 2014.
To plant trees in memory, please visit the Sympathy Store.
MEMORIAL EVENTS
To offer your sympathy during this difficult time, you can now have memorial trees planted in a National Forest in memory of your loved one.
MAKE A DONATION
MEMORIES & CONDOLENCES
8 Entries 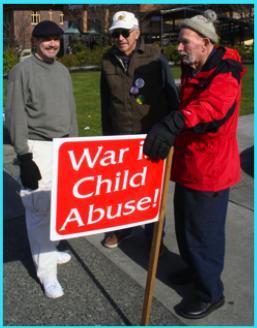 Wayne was one of the first peace activists I met when I moved here in '86. We stood on many war protest lines together and he often carried one of my signs. He and Lee often shared their dinner with me and in exchange I worked around the place. It was always a good trade for me, as they were both good cooks. Will miss you both.
Rik Reynolds
October 11, 2014 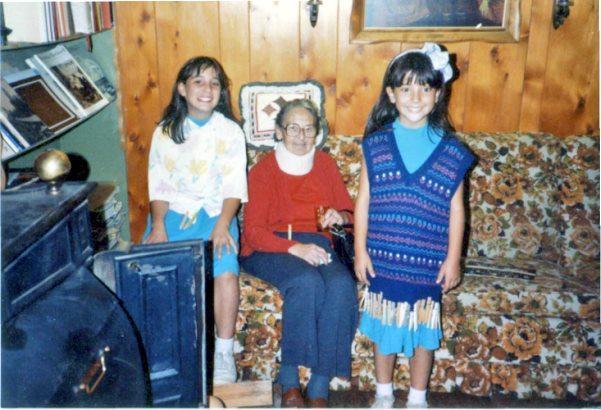 Brief words can never describe the influence that a person or family can have on another. Wayne was not just an influence on the political front but was always there to lend a hand if needed. Both Lee and Wayne were generous to strays ... people who had lost their traction and it is for that generosity that I remember them. Missed even more after the memorial which was GRAND and amazingly attended! "Sweet Chariots" do indeed await you. The picture I include is of my Mom who was dying and my two daughters who learned much from Lee and Wayne.
Herbert Senft
September 22, 2014
I have loved reading Wayne Ostlund's letters to the editor for 40+ years. I "heard" Mr. Ostlund & considered him a friend although we never met. What a brilliant, caring man! He cared enough to compose his letters so that we all could learn what it means to be a good steward of our environment. That environment includes young developing minds. I thank him for being such a bright light.
September 15, 2014
I was a 5th grade student of Mrs Ostlund in 1960 and she was one of my all time favorite teachers. I live in GA now and was not aware that she had passed until I read this. My thoughts and prayers to Karen, Susan and family members and friends. May God give you peace.
Vicki Millholland-Hawkins
September 13, 2014
I have known Wayne since I was in elementary school and became a friend of his daughter. I spent many joyful hours at his home visiting, eating, interacting with his family and many guests. He was a positive influence on my desire to learn more about the world. My love goes out to his family.
Marcia Winters Homer
September 13, 2014
what a life he had , and what an amazing property they shared. I grew up on Blue Mountain and visited them growing up. always loved their place so peaceful. A well lived life and forever friend and mentor to many. thank you for your example you taught it well.
Cindy lou Vedin Romberg
September 12, 2014
I remmeber Waybe as being active with Clallam County Democratic Party with my father, Aaron Gebhardt.
Laura Gebhardt
September 12, 2014
The best man I ever knew - I'm so lucky to have been his friend. Much of what I've learned he taught me. I'll miss him for the rest of my time here.
Mike Libera
September 12, 2014
Showing 1 - 8 of 8 results