BORN
1918
DIED
2020
Marie Louise Beam passed away in her Port Angeles home on October 7, 2020. She was born in Seattle, Washington, on February 21, 1918, the only child of John C and Edith M. Romick. She moved to Port Angeles in 1921 when her father was hired to work as a steam engine engineer at a local mill. Because married women were not allowed to teach in town, her mother had a long teaching career at Dry Creek School. Their first home in Port Angeles was a converted barn at 7th and B Streets.

She credited her parents for her life-long love of the mountains and the out-of-doors. As she was growing up they visited many areas of the peninsula, their favorite vacation spot being Olympic Hot Springs. As a small girl she hiked the 10.5 mile trail to the hot springs and also enjoyed hiking in the surrounding area. With the help of her grandson Bob, she hiked to the hot springs for the last time at age ninety seven Humes Ranch was another favorite destination along with Hurricane Hill.

Marie Louise attended Lincoln School and graduated from Roosevelt High School in 1935. She enrolled at the University of Washington, where she was on the Girls' Rifle team during her first two years. She was chosen Novice Champion her first year. She graduated from the University School of Nursing, Harborview Division in June 1941. Her first employment was as an operating room nurse at Harborview Hospital.

On December 6, 1941, Marie Louise married Port Angeles native Charles L. Beam. At the time he was a sergeant in the local National Guard unit, on active duty at Battery A at Fort Worden. After WW II they made their home in Port Angeles. In celebration of their 5Oth wedding anniversary, they traveled to Hawaii and on December 7, 1991, were passengers aboard the first cruise ship allowed to enter Pearl Harbor. He passed away in July of 1998.

While raising their family, Marie Louise was a den mother as well as a Blue Bird/Campfire Girl leader. She worked part time as a private duty nurse or staff relief nurse at both hospitals that preceded Olympic Memorial Hospital, and she did night relief duty at Olympic Memorial for 10 years. She retired in 1983 after 16 years as a public health nurse for the Clallam County Health Department.

Marie Louise and Chuck shared their love of the outdoors with their four children camping, backpacking and day hiking in the area as well as salmon fishing and spending time at the family cabin at Lake Crescent. They were members of the first climbing class that was offered by Peninsula College in 1964. With that group they climbed The Brothers, Mt. Baker and Mt. Olympus. Along with three family members, she reached the top of Mt. Edgecumbe near Sitka, Alaska, when she was eighty six.

Not long after Marie Louise retired, her husband became disabled and she helped him with the management of his small herd of beef cattle. The crowning achievement of that venture came when she successfully pulled a calf that was being born back feet first.

She was an active member of the First Presbyterian Church of Port Angeles for over 70 years and cherished her church family as well as her own. For many years she served as financial secretary.

As a turn of the century Mariners fan, she enjoyed attending Mariner Spring Training 13 times, most recently in 2018 to celebrate her 100th birthday. She also enjoyed reading, completing a daily crossword puzzle, traveling, working in her garden and keeping in touch with family, friends and neighbors. Her mind remained sharp to her final day. She was fond of saying that every day had its blessings. Her wit and her wisdom along with the stories she shared from her childhood will be missed by many.

A celebration of her life will be held at a later date.

Memorial gifts may be made to: Camp Beausite Northwest, PO Box 1227, Port Hadlock, WA 98339, www.campbeausitenw.org, The Carrie Covert Memorial Nursing Scholarship C/O Frances Yuhl, 271 Laird Road, Port Angeles, WA 98363, or First Presbyterian Church of Port Angeles, 139 West 8th Street, Port Angeles, WA 98362.
Published by Peninsula Daily News on Oct. 18, 2020.
To plant trees in memory, please visit the Sympathy Store.
MEMORIAL EVENTS
To offer your sympathy during this difficult time, you can now have memorial trees planted in a National Forest in memory of your loved one.
MAKE A DONATION
MEMORIES & CONDOLENCES
7 Entries
Chuck and Marie Louise Beam were long-time friends with my parents for many years. I believe Chuck and my dad, Clarence Brown, were in the American Legion together and I know they volunteered for the Junior Salmon Derby. They were very kind and caring friends.
Chris Walvatne
Acquaintance
November 14, 2020
I loved being part of her life at Spring Training. She was one Special lady.
Sally Goodgion
Friend
October 27, 2020
Marie Louise was a wonderful, faithful, caring friend to our family for many, many years. I will always be thankful for her. Blessings and much comfort to all of you as you mourn her loss and remember and celebrate her full, incredible life.
Paul Shoeman
Friend
October 22, 2020
She was such a remarkable woman and I am so glad Gary and I got to visit with her last summer. She was so cherished by my mother who told me so many stories of all the fun they had together when she would visit the farm in Lowville.
Sally Daniels
Family
October 19, 2020 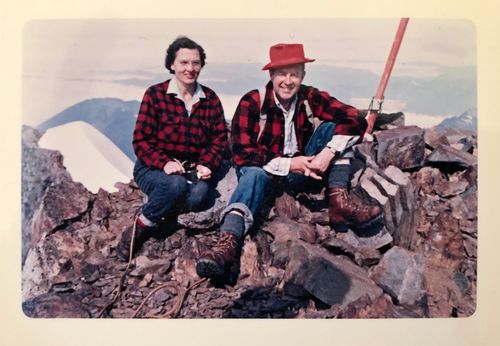 Nancy Palm
Family
October 18, 2020
She was a force to be reckoned with. Though tiny in stature, everyone valued her opinion. Having feet in both centuries, she was good at keeping our church grounded & sensible, but flexible enough to accept change. Because of her experiences, she told the best stories.
Rainy Sund Birch
Friend
October 18, 2020
Marie, I did not know you - but I did know your grandson Bob - so I feel as if I knew a special part of your loving, giving, thoughtful heart. And I know the world will be a darker place without you. Rest in peace.

To the Beam family: I can't imagine how you are feeling at this moment. Please know our thoughts and prayers are with you. My deepest prayer is that healing come to all of you when you least expect it.
Kieran (Bailey) Rich
Friend
October 18, 2020
Showing 1 - 7 of 7 results