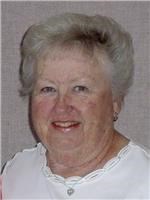 Her early years were spent in Los Angeles, California, before her family settled in San Bernardino, California. It was in high school that she met her future husband, Jim Harlan.

Nancy taught first grade and special education before earning her Master of Arts in teaching from the University of Redlands in Redlands, California. The remainder of her career was spent as a specialist for the learning-disabled and in the development of an educational resource center for the San Bernardino County Schools.

Jim and Nancy were married in 1960 in San Bernardino. Nancy and Jim enjoyed an exciting life together. They enjoyed spending time with their family and many friends. Their time was spent traveling, golfing, bowling, playing cards and dominoes, as well as entertaining and hosting many of their out-of-town guests.

In December 1999, Nancy and Jim retired, and relocated to the community of Sunland in Sequim. Nancy served on the boards of Sunland Golf & Country Club, Division 11 Board, and Sunland Women's Golf Association.

Living in Sunland was a highlight for Nancy. She especially enjoyed her many friends and the beautiful Olympic Peninsula.

Nancy was preceded in death by her beloved husband, Jim, as well as brothers Bob (Bev) and Bill (Charlotte) Shannon.

Nancy was buried alongside Jim in Tahoma National Cemetery in Kent, Washington, on December 7, 2016.

Nancy will be greatly missed by all who shared her love and company.
Published by Peninsula Daily News on Dec. 8, 2016.
To plant trees in memory, please visit our Sympathy Store.
MEMORIAL EVENTS
To offer your sympathy during this difficult time, you can now have memorial trees planted in a National Forest in memory of your loved one.
MAKE A DONATION
MEMORIES & CONDOLENCES
1 Entry
I am saddened of Nancy's passing. I had the pleasure of meeting Nancy and Jim while employed by Sunland many years ago. She was a grand lady, kind, caring and respectful to all. She and Jim had so much love for each other. The "Harlan's" will be greatly missed in our Sequim community. God bless.
Kathy Pavlak
December 11, 2016
Showing 1 - 1 of 1 results