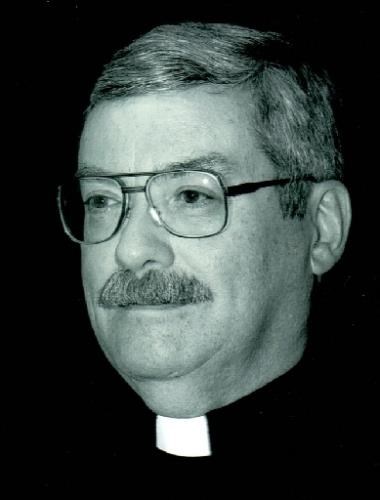 BORN
1955
DIED
2021
FUNERAL HOME
Rohland Funeral Home, Inc.
508 Cumberland Street
Lebanon, PA
UPCOMING SERVICE
Memorial service
Dec, 11 2021
10:30a.m.
Messiah Lutheran Church
Send Flowers
The Reverend Barry S. Kendall, pastor at Messiah Lutheran Church, unexpectedly entered the Church Triumphant on November 15, 2021 at his home. Born February 27, 1955, he was preceded in death by his parents Roberta Eleanor (Barry) and Scott James Kendall of New Cumberland. He graduated in 1973 from Redland High School before attending Lebanon Valley College, where he graduated with a BA in English in 1977. He attended Gettysburg Seminary where he obtained a Master of Divinity and was ordained by the Lutheran Church of America in 1983. Six years later he completed his Master of Sacred Theology. He served as pastor at Salem Lutheran, Oberlin between 1983 and 1988 after which he accepted a call to Messiah Lutheran, Lebanon, a congregation of the North American Lutheran Church. He served 39 years as a volunteer firefighter at Fairview Township Station 68, Oberlin Station 43, and Rural Security Station 43 where he held the offices of Chaplain, Deputy Chief, and Assistant Chief. He was an avid wargamer and military history buff. He also enjoyed hunting, trout fishing, and exploring nature. He was a loving husband, father, and grandpa. He will be missed by his wife Carey of 42 years, children: Scott, David and wife Christy, Erin and husband Andrew Trovinger, and grandchildren: Colbie, Barrett, Ivy, and Emily. A memorial service will be held at Messiah Lutheran Church, 1800 Oak Street, Lebanon on December 11, 2021 at 10:30 AM. In lieu of flowers, memorial donations may be made to Messiah Lutheran Church or Independent Church in India (indchurch.org). www.pennlive.com/obits
Published by Patriot-News from Nov. 19 to Nov. 21, 2021.
MEMORIAL EVENTS
Dec
11
Memorial service
10:30a.m.
Messiah Lutheran Church
1800 Oak Street, Lebanon, PA
Funeral services provided by:
Rohland Funeral Home, Inc.
MAKE A DONATION
MEMORIES & CONDOLENCES
Sponsored by Rohland Funeral Home, Inc..
3 Entries
I was so sorry to hear of Barry´s passing .Doesn´t seem that long ago we all met at Seminary.I also remember how both our husbands had their first calls just miles apart .Although we´ve lost touch over the years,I´ll always remember his smile and the laughs we had in Heiges Hall.My thoughts and prayers go out to you Carey and your family.Godspeed Barry,well done faithful servant.
Nancy Ross
Friend
November 24, 2021
Pastor Kendall you were a very sweet and kind man whom I had the pleasure of knowing since 1988 you baptized 2 of my children as babies my husband as an adult and you married us almost 25 yr ago you were there for my family when we lost my grandma in 89 and again in 2003 when my mom gained her wings now as you gain yours may God be with you and your family during this time rest easy until we meet again say hi to my grandma and mom
Wendy werni
Friend
November 24, 2021
Pastor Kendall: I will miss your friendship, our lunches, our daily emails, and your military expertise. You will forever be with us.
George Felder
Friend
November 21, 2021
Showing 1 - 3 of 3 results