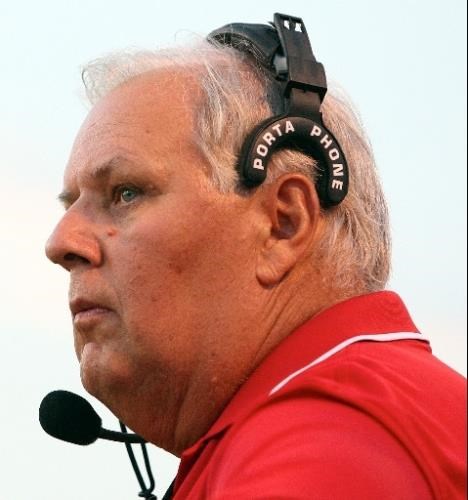 BORN
1947
DIED
2021
ABOUT
Bishop McDevitt High School
Franklin Timothy ("Tim") Rimpfel, 73, of Mechanicsburg, PA, passed away on September 21, 2021. He was surrounded by his loving wife and daughters. Tim was born on October 19, 1947, to Frank and Theresa Rimpfel (née Handfest). He grew up in Steelton, attended St. John's for primary school, and graduated from Bishop McDevitt High School. He then attended West Chester State University, and later received his Masters degree from Shippensburg University. He was preceded in death by his parents, his beloved sister, Victoria Ritter, and first dog, Moses. He is survived by his wife, Liz (née Limberger), his daughters Callie, of Avoca, and Katie, of Philadelphia, and canine companions Huck and Molly. He is also survived by his sister, Mary Ellen McLaughlin, of Mt. Lebanon, nieces Susan Schramm (née Metka), of Philadelphia, Meredith Driscoll (née McLaughlin), of Mt. Lebanon, and nephew Adam McLaughlin, of Columbus, Ohio, and their families. Tim spent 45 years coaching high school football at Trinity, Bishop McDevitt, Cumberland Valley, and Boiling Springs. Over that time, he served as an assistant to Bill Downs, Harry Chapman III, and Brad Zell. As a head coach, he valued the support and camaraderie of many incredible athletic directors, assistant coaches, and athletic trainers. More important to Tim than the awards and wins was the development of the players he coached. Tim enjoyed seeing his former players succeed after graduation, both on and off the field. Tim also proudly coached his daughters to exceedingly mediocre recreational basketball careers, and endlessly supported them in their more successful endeavors. He took great joy in spending time with his extended family - both by blood and football - sharing stories, quizzing his guests on trivia, and, of course, eating good food. Monday morning donuts after Friday night wins, authentic Hungarian sausage from Schmidt's, Mrs. Thomas' legendary cornbread, and Mrs. Stanford's apple cake were among his favorites. Due to COVID concerns and precautions, the family will hold a private funeral service. A public memorial service will be held at a later date. Arrangements are being handled by Wiedeman Funeral Home & Cremation Services, OBERLIN. In lieu of flowers, gifts may be made to West Chester University Foundation, in memory of Tim Rimpfel in support of a scholarship for first-generation students at WCU. Please make checks payable to WCU Foundation, Memo: In Memory of Tim Rimpfel, and mail to 202 Carter Drive, West Chester, PA 19382. Gifts can also be made through the Foundation's secure website at go.wcufoundation.org/donate/tribute . The family would like to collect photos and memories of Tim. If you have a story, photo, or memory you would like to share, please email it to [email protected] www.pennlive.com/obits

Published by Patriot-News from Sep. 24 to Sep. 26, 2021.
MEMORIAL EVENTS
To offer your sympathy during this difficult time, you can now have memorial trees planted in a National Forest in memory of your loved one.
MAKE A DONATION
MEMORIES & CONDOLENCES
13 Entries
To the entire Rimpfel family, may pleasant memories ease your sorrows and may God bless you all.
Sam Q. and Rip Marsico
Friend
September 28, 2021
Dear Liz, Callie and Katie, my deepest sympathies in the loss of Tim. I was one of his students that later became one of the many trainers he worked with. He was like a big brother dragging me, sometimes kicking into adulthood. Then I was so fortunate that he brought Liz into my life as first a mentor and later my friend. Just recently visiting Harrisburg one of the things I hoped to do was see him. That did not come to be. Over the past weeks ther have been many laughs and tears. We all have to say goodbye to a great man. My thoughts and prayers to you all. Rest In Peace Tim you will be missed!
Craig Sherrick
Friend
September 28, 2021
Liz, I am so sorry for your family´s loss. May you find peace in knowing that he touched so many lives throughout his lifetime.
Brenda Lynch Gacki (CV class of 88)
September 27, 2021
Our deepest condolences for your loss. I learned a lot and respected Tim so much during my time teaching at Trinity High School and being Tim´s roommate for a year. Plenty of great memories with him and Reno. He will be in our prayers.
Frank and Carol Carfioli
Work
September 26, 2021
Sending sincere sympathy to the Rimpfel family. Tim was a true gentleman. He was a former classmate at Bishop McDevitt High School. Enjoyed visiting with Tim at our 50th reunion in Sept of 2015. Will keep his family in my prayers at this difficult time. Rest in peace, Tim.
Kathleen Jones
School
September 26, 2021
God bless the family and friends I met coach rimpfel some years ago very nice man on and off the field. Keep your head up and your heart open and let god comfort you.
Earlie a Corbitt sr
Other
September 26, 2021
I am so sorry to hear of Tims passing. He taught with my husband for years and was well LOVED by all who knew him.
Cathi Green
School
September 25, 2021
My heart goes out to the Rimpfel family. The lessons Coach taught me on the field of life I take with me everyday. I can not put into words the positive impact he had on my life. Rest in peace.
Dave "Buddy" Heckard
September 25, 2021
Great coach; better man. Rest in Peace Tim. Job well done.
John BRUNO
Friend
September 25, 2021
Tim was so kind to my son Adam who is special needs. Adam would come home from school and say Mr. Rimpfel said we need to go to the game Friday night and I´d say ok. When we would get to the game he would get his attention and if time allowed Adam would get a hand shake and a Pat on the back and a good to see ya. He thought the world of Tim and even though Adam could never play football Tim instilled a love of the game in Adam.
Tammy Collins
School
September 25, 2021
May God bless you and your family in this time of sorrow. RIP Tim A fellow classmate.
Joanne Prowell
September 25, 2021
On behalf of the entire Correale Family, please accept our condolences on the loss of your beloved husband, father, and "Coach." Please know the entire Rimpfel Family will be in our thoughts and prayers. It was a pleasure getting to know both Tim & Liz during my 5 years at CVHS, especially since I was a former CDHS teacher and coach. Both our sons enjoying going to the CV football camps and watching the CV summer football workouts. When I shared Coach´s death with our older son Lewis, he added one of his greatest and hardest football memories was beating Coach Tim´s Eagles as CD´s QB his senior year. Greatest because of the CD/CV rivalry, but hardest because of the respect he had for Coach Tim. Knowing Coach Tim affected not only the lives of his own players, but the lives of opposing players, is a measure of the Coach and man he was. Rest In Peace Coach!
Lew Correale
Work
September 24, 2021
Coach, Thanks for all. Rest In Peace! Leo #85
Leo Zuvich
Friend
September 24, 2021
Showing 1 - 13 of 13 results