Peter Yandric, 81, of 1003 Park Place, Mechanicsburg, died Monday, November 1, 2010 in his home.
He was a retired employee of Bethlehem Steel Corp. with 44 years of service and a US Navy Veteran of World War II, serving with the Seabees.
He was a member of St. Nicholas Serbian Eastern Orthodox Church, Oberlin, VFW Post, Boiling Springs, American Legion Post 109, Mechanicsburg, Loyal Order of Moose Lodge 382, Steelton, Fraternal Order of Eagles, Carlisle, Verhovay Home Assn., and an honorary member of Friendship Fire Co. Club, Bressler, the Dutch Club and the 5th Ward Republican Club.
Pete was preceded in death by his companion of 45 years, Edna McKillips and is survived by two brothers, Steven Yandric of Las Vegas, NV and Marko Yandric of Pittsburgh; numerous nieces and nephews. He is also survived by his companion, Joan DiSante of Camp Hill.
Pete was also preceded in death by three sisters, Mary Miscevich, Dorothy Sill and Caroline Matijevich; four brothers, George, Adam, Louis and Nicholas Yandric.
Funeral services will be held on Friday, November 5, 2010 at 1:00 pm in St. Nicholas Serbian Eastern Orthodox Church with Rev. Christopher S. Rocknage officiating. Burial will be in Churchville Cemetery, Oberlin. A viewing will be held on Friday from 11:00 am until 12:30 pm in Wiedeman Funeral Home, 357 S. Second St., Steelton.
Memorial contributions may be made to St. Nicholas Serbian Eastern Orthodox Church, 601 S. Harrisburg St., Oberlin, Steelton, PA 17113 or to the charity of the donor's choice.
www.wiedemanfuneralhome.com
www.pennlive.com/obits

Published by Patriot-News from Nov. 3 to Nov. 4, 2010.
MEMORIAL EVENTS
To offer your sympathy during this difficult time, you can now have memorial trees planted in a National Forest in memory of your loved one.
MAKE A DONATION
MEMORIES & CONDOLENCES
10 Entries 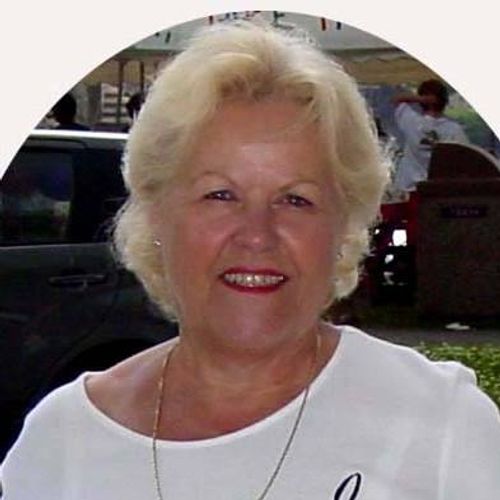 Such an honest guy- I really miss our times together!
Joan Disante
Significant Other
March 26, 2021
Pete was one of the best co-workers & a dear friend. Even after retirement we kept in touch on the phone.
He will be missed greatly.
John Wilson
November 13, 2010
Pete will be missed by all.
Mark Lombard
November 7, 2010
The Cassatt family would like to add our sympathies and prayers to the family. Pete was a good friend to my mother and father. He will be missed.
November 7, 2010
May the love of friends and family carry you through your grief.
steve ,pete L V YANDRIC
November 4, 2010
Pete was such a joy to know over the years....even when he DID remember my name...I still think this was a little game to see if you were paying attention! And that sturdy lumberjack handshake of his. Testament to a man of great character and strength --how I'll always remember him. Rest in peace my friend, and please let the angels trim the trees!
Karen Steinrock
November 4, 2010
Uncle Pete was a real hoot! I have so many fond memories and funny stories. He was a good man who will be missed. Rest in peace, love always. "JoAnn"
Joey Dieffenbach
November 4, 2010
What a wonderful man Pete.
We had the opportunity to meet him three times during our vacations to the car shows.
He was a good friend from day one you could ask for anything and everything for us.
We will surely miss him very much.
We wish all friends and family all the best with this great loss.
His Dutch friends Koos & Henk
Henk van Velthuijsen
November 3, 2010
Pete was a wonderful man. Words cannot express how much he will be missed by all.
Brian & Valerie Fish
November 3, 2010
"Nothing ever says the same" - Pete would express this little truth many times over the few years I knew him. Marty Weaver
November 3, 2010
Showing 1 - 10 of 10 results