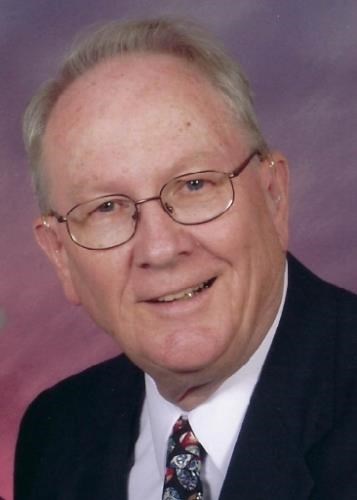 BORN
1935
DIED
2021
FUNERAL HOME
Cremation and Burial Society of Pennsylvania Harrisburg
4100 Jonestown Road
Harrisburg, PA 17109
Robert C. Jackson, died May 6, 2021. He was born March 17, 1935 in Albany, New York. He was the son of Robert I. Jackson and Clare Ruth (Renshaw) Jackson. He was the husband of the late Doris Lorraine (Geshan) Jackson for ten years and Shirley Fisher Druck Jackson for the last 37 years. Robert was a pharmacist who graduated from Mercer School of Pharmacy in Atlanta, GA in 1963. He was the recipient of several awards, including the Reuben C. Hood for Scholastic Excellence, and was valedictorian of his class. He was licensed to practice pharmacy in Georgia, North Carolina and Pennsylvania. He was a past member of the American Pharmaceutical Society, North Carolina and Pennsylvania Societies. Robert was employed by Peoples Drug Stores, later CVS Pharmacy. He was a manager and pharmacy manager for over 45 years, retiring in 2008. Robert served in the United States Navy from 1956 to 1960, achieving the rank of Hospital Corpsman 2nd Class. Robert is survived by his daughter, Sue Ann Mitchell Land and granddaughters Katherine Wampler (Jake), great grandsons Gage and Timothy Wampler,; Sarah Ann Land, great Grandson Isaac. He is also survived by stepson Harry Druck (Nikelle), grandson Fisher; stepdaughter Holly E. Lentsch (Mark) and grandson Joshua Druck (Janine), great grandchildren Jackson and Kiera; granddaughter Mara Muelenkamp (Paul), great granddaughter Nora; his stepdaughter Sally A. Caskey (David), granddaughters Megan Horst (Jeff), great grandsons Weston and Lincoln; Rachel A. Sweigart (Jon) and great grandsons Jacob and Andrew. Robert was a former member of St. James Lutheran Church, Lebanon, PA where he served on several committees and church council, and is a present member of Christ Lutheran Church, Elizabethtown, PA. In addition to his first wife and parents, he was predeceased by his brother, John David Jackson, Sister Ellen Louise Hamby, and grandson Benjamin Aaron Mitchell. In lieu of flowers, donations in his name may be made to either church or Ashler Hospice. Memorial Service will be held May 28, 2021, 11AM at Christ Lutheran, Elizabethtown, PA.
To plant trees in memory, please visit our Sympathy Store.
Published by Patriot-News from May 11 to May 13, 2021.
MEMORIAL EVENTS
May
28
Memorial service
11:00a.m.
Christ Lutheran
, Elizabethtown, Pennsylvania
Funeral services provided by:
Cremation and Burial Society of Pennsylvania Harrisburg
MEMORIES & CONDOLENCES
Sponsored by Cremation and Burial Society of Pennsylvania Harrisburg.
2 Entries
My dear friend,Bob may you now rest in peace.
james o'shea
Friend
June 3, 2021
Shirley and Family, so sorry to hear of Bob's passing. I have so many happy memories of working with him all those years at Peoples/CVS. I will never forget some of his favorite sayings. I hope your memories bring you contort during this time.
Mel Woelfling
Mel Woelfling
Coworker
May 13, 2021