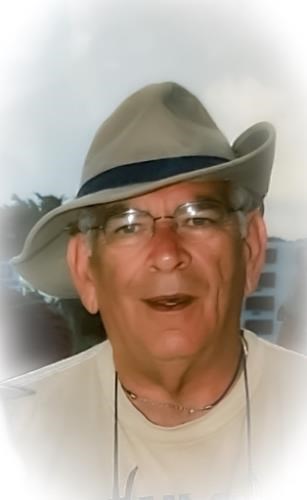 BORN
1943
DIED
2021
FUNERAL HOME
Matinchek & Daughter Funeral Home & Crematory Services Inc
260 E. Main St
Middletown, PA
Rollin Paul Rissinger Junior (Rock) 77, of Middletown, Pennsylvania passed away on the morning of September 11, 2021 at home surrounded by his loving family. He was born on October 11, 1943 to the late Rollin and Annetta (Casey) Rissinger in Harrisburg, Pennsylvania. He attended grade school in the Harrisburg School System and graduated from Steelton Highspire High School in 1961. He graduated from Shippensburg State College in 1965 with a Bachelor's Degree in Social Science. He began his career when he was hired in 1966 as an underwriter at General Accident Insurance Company where he spent several years working in the agency side of the business. After forty three years in the industry he retired in 2009 as President of Lebanon Mutual Insurance Company. After retiring he served as President of the Lebanon Mutual Insurance Foundation and Chairman of the Lebanon Mutual Insurance Board of Directors. He was a long time member of Grace United Methodist Church of Harrisburg. As a teenager, he actively participated in Boy Scouts, earning the Distinguished Eagle Scout Award in his junior year of high school. He played baseball in high school and became a member of the Lower Swatara Athletic Association as an adult spending unforgettable time coaching both of his son's baseball teams. On January 11, 1964 Rock married Elaine, the love of his life, after several years already together. Together they built a beautiful home, a lifetime of joyous memories and two loving sons, Jay and Brad. Taymour and Tavahn Ghazi, his California nephews became an important addition to the family after their mother's death and spent much time in their "Pennsylvania home". During high school he was a member of DeMolay and became a Mason in 1969. He belonged to the Steelton Swatara Lodge 775 and served as its Worshipful Master for the 1979 year. He enjoyed many years of hunting and fishing at his family's hunting cabin located in Rothrock State Forest, Seven Mountains in Huntingdon County. Rollin excelled at photography and upon his retirement joined the Hershey Camera Club and became a masterful photographer. He and his wife, Elaine, spent many years experiencing their love of traveling, giving him the ability to improve his camera skills and to perfect his craft. They traveled throughout the United States, Africa, England, Ireland, Central/South America participating in exciting activities, touring beautiful places and making many lifelong friends along the way. In addition to his parents Rollin Sr. and Annetta, Rollin is preceded by his Aunt Ruth, Uncles Nevin, Joseph and Jack and grandmother Carrie Casey. He is survived by his wife Elaine, his sons Jay and Brad and his wife Kim, his nephews Taymour and Tavahn and his cousins David and Robert Potter. A visitation will be held at the Matinchek Funeral Home, 260 E. Main Street, Middletown, PA, 17057 on Friday, September 17, 2021 starting at 1:00 P.M. A memorial service will follow at 2:00 P.M. with Reverend Doctor Michael Minnix and Reverend D. Wayne Bender officiating. A livestream of the funeral service will be available for those who cannot or wish not to attend the funeral in person. The livestream link can be found on Rollin's webpage at www.matinchekfuneralhome.com. In lieu of flowers, memorial contributions can be made to Grace United Methodist Church, 216 State Street, Harrisburg, PA 17101. www.pennlive.com/obits