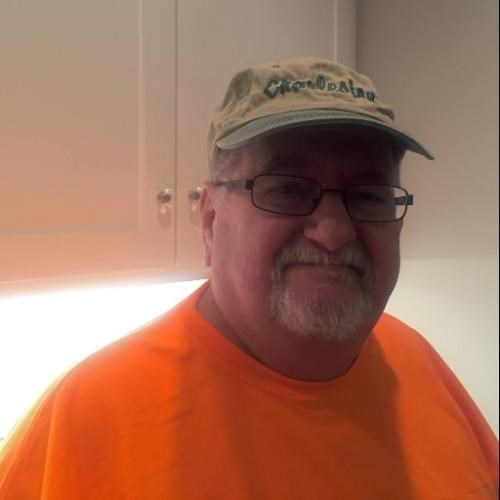 BORN
1948
DIED
2021
FUNERAL HOME
Malpezzi Funeral Home
8 Market Plaza Way
Mechanicsburg, PA
William Joseph Durborow, Jr., age 72, of Harrisburg and formerly of Lake Meade, passed away Monday, October 4, 2021, at home. Born December 17, 1948, in Mechanicsburg, he was the son of the late Iva (Hartzel) and William Joseph Durborow, Sr. Bill was retired from Fry Communications after more than 25 years of service. While at Fry he held many positions, ultimately becoming a pressroom supervisor. He was known for his legendary humor and generosity. During his 30 years at Lake Meade, he loved entertaining friends and family on his boat. He was a friend to all and leant a hand to anyone in need. His passion was the outdoors: he was an avid hunter, fisherman and gardener. He served in the Army Reserves, 157th Infantry Brigade, from 1968-1974. He was a longtime member of the Mechanicsburg Club and American Legion Post 109. Bill is survived by his loving wife, Melissa L. (Kratzer) Durborow; son Shawn Durborow and husband Russell Bowersox of Harrisburg; sister Barbara Hildebrand of Stewartstown, brother Edward Durborow and wife Kim of Enola. Bill was preceded in death by siblings James Durborow, and Margaret Zimmerman. Visitation will be held from 10:00 AM until 11:00 AM Thursday, October 14, 2021 at Malpezzi Funeral Home, 8 Market Plaza Way, Mechanicsburg. Words of Remembrance honoring Bill will begin at 11:00 AM.
Published by Patriot-News from Oct. 8 to Oct. 10, 2021.
MEMORIAL EVENTS
Oct
14
Visitation
10:00a.m. - 11:00a.m.
Malpezzi Funeral Home
8 Market Plaza Way, Mechanicsburg, PA
Oct
14
Service
11:00a.m.
Malpezzi Funeral Home
8 Market Plaza Way, Mechanicsburg, PA
Funeral services provided by:
Malpezzi Funeral Home
MAKE A DONATION
MEMORIES & CONDOLENCES
Sponsored by Malpezzi Funeral Home.
4 Entries
Billy was a very nice man..He came into boscovs and I wrapped a gift for him and he gave me money for my little baby ..so sorry to hear of his passing ..he will be truly missed ..my thoughts and prayers go out to Bills family and friends ...so very sorry for your loss ..so sad
Stacey Weiser
Work
October 20, 2021
I worked with Bill at Doubleday&Co. in the mid 1970's and found him to be very friendly and a funny person. I was saddened to hear of his passing and wish I would have kept in touch with him. My sympathies for the Durborow family
Gene Kocevar
October 13, 2021
Bill and I were the best of friends while growing up I enlisted in the Air Force in 1967 and lost contact with Bill. I tried numerous times to contact him not knowing he moved I was very sorry to hear of his passing. May God bless Bill and my thoughts and prayers are with all of his family. Bill And I hunted many different animals and always had a good time. He will be missed
Joe Ogden
Friend
October 8, 2021
My prayers and sympathy to the Durborow family. Billy was a good friend of my brother Joe all through school. May you rest in peace Billy. Sincere sympathy.
Mary Ogden Rehm
Friend
October 8, 2021
Showing 1 - 4 of 4 results