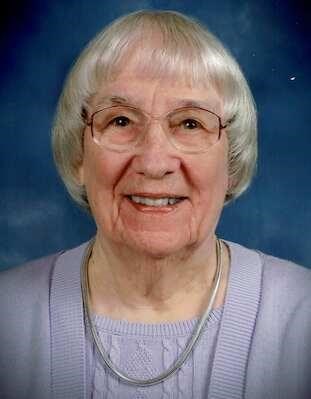 Berdine was born to the late Edward and Alice Singley Logar in Weston, PA on January 4, 1930. In addition to her parents, she is preceded in death by her loving husband, Junior LeRoy Rittenhouse and her brother, Edward "Edle" Logar.

Berdine was a loving wife, mother, grandmother, and sister. She graduated from Black Creek Township High School and Bloomsburg State Teachers College where she graduated with a BA in Business, then her master's degree from the University of Alabama- Birmingham in Genealogical Records. She became taught Genealogy at Pensacola State University and at the University of South Alabama in their Elder Hostel Program. She also taught at Marion College in Roanoke, VA and worked for General David Sarnoff, who had been CEO of RCA at the Pentagon during the Korean War.

Berdine truly was an expert in Genealogy, especially Pennsylvania-German history, and genealogy. She and Dot Brown pioneered the genealogy movement in the 1980's in South Alabama and West Florida, co-founding the West Florida Genealogical Society, where she then served as President.

Berdine was also a passionate gardener and was a member of the Lillian Garden Club, the Lillian book club, and Daughters of the American Revolution.

Berdine was a gifted actress, having won Best Supporting Actress for the season at the Little Theatre of Charlotte. She was creative and was a gifted writer of short stories in addition to being a fabulous storyteller.

Visitation will be held 11:00am until a funeral service to begin at 12:00noon Monday, July 12, 2021, at Lillian United Methodist Church, in Lillian AL, with Rev. Daniel Randall officiating. Interment will follow at Barrancas National Cemetery.