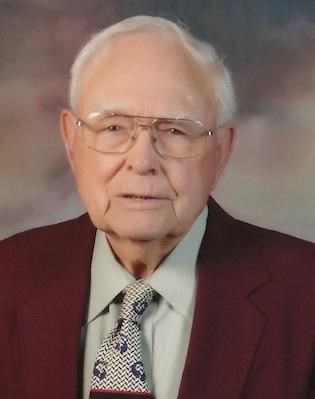 Milton - Clyde Lee Gracey, of Milton, Florida, passed away peacefully on Tuesday, February 2, 2021, at the young age of 99.

Clyde was born in the mountains of middle Tennessee on November 14, 1921. He said the nearest doctor was six miles away and by the time the doctor reached your house by horse and buggy, he and his two siblings were already born with the help of an aunt.

Clyde graduated in 1940, then joined the Navy and was stationed at Corry Field. He met his wife, Murl Wolfe, through a friend, Ray Arnold, who was dating her sister, Lucille. They had a double ring wedding ceremony in 1942 in Murl's aunt's house on Canal Street that would later become their home. Clyde and Murl were both long time members of First Baptist Church, Milton!

Clyde served for six years in the Navy and 24 years in the Navy Reserve where he retired from the Federal Civil Service in 1974 as a chief petty officer. Clyde served his city and county in many different ways. For several years he served on the Milton Housing Authority Board, the 1st Board of Adjustments, Member of the Elections Commission, and was President of both the Milton High School PTA and the Quarterback Club. He served on the Milton City Council for six years and then became the Mayor of Milton in 1980, and served for 14.5 years as Mayor. During his tenure, the City of Milton made great strides and progressed in so very many ways which are too numerous to list. He truly loved the City of Milton, the employees, and the residents of Santa Rosa County.

A celebration of his life will be held at 3:00 p.m., Sunday, February 14, 2021, at First Baptist Church of Milton, with Dr. David Spencer and Rev. Bob Lowe officiating. A private family graveside service will be held later at Serenity Gardens Cemetery.

Public visitation will be held from 1:30 p.m. - 3:00 p.m., prior to the service. Due to the pandemic, we ask everyone who attends the celebration of life and visitation, to please wear a mask and social distance for everyone's safety.

Lewis Funeral Home of Milton is in charge of arrangements.

The family wishes to express special thanks to our family and friends for all of their prayers, visits, and other support. Also special thanks to the staff at PruittHealth for taking such good care of our PeePaw for the last several months.

In lieu of flowers, the family requests memorial donations be made in Mr. Gracey's name to the food pantry at First Baptist Church of Milton (6797 Caroline Street, Milton, FL 32570, www. fbcmilton.org)


Published by the Pensacola News Journal from Feb. 5 to Feb. 7, 2021.
To plant trees in memory, please visit the Sympathy Store.
MEMORIAL EVENTS
Feb
14
Visitation
1:00p.m. - 3:00p.m.
First Baptist Church of Milton
6797 Caroline Street, Milton, FL
Feb
14
Celebration of Life
3:00p.m.
First Baptist Church of Milton
6797 Caroline Street, Milton, FL
Funeral services provided by:
Lewis Funeral Home
MAKE A DONATION
MEMORIES & CONDOLENCES
Sponsored by Lewis Funeral Home.
2 Entries
Rod and Janet, I'm so sorry to hear about your father's passing. He was a good man and will be missed. We will keep you in our prayers.
Mike and Susan Burleson
Friend
February 7, 2021
Rod I am sorry to hear the passing of your Farther, Clyde. My thoughts and Prayers are with you and your family during this difficult time.
Sharon Lariviere Metzger
Friend
February 5, 2021
Showing 1 - 2 of 2 results