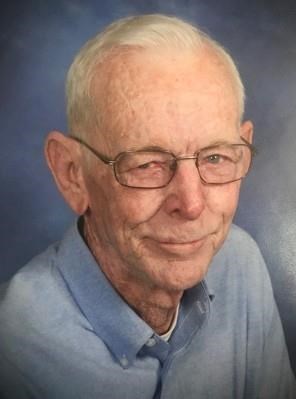 "Let me live in a house by the side of the road and be a friend to man." (Sam Walter Foss)

Ellis Gray Fleming died March 14, 2019, at 12: 19 p.m. in Fort Worth, Texas. He was 83. Mr. Fleming loved politics, old westerns, babies, witty remarks, Scotch whisky, singing little nothing songs and his family. He was born Oct. 15, 1935, in rural Clark County, Alabama, to C.J. and Mary Lou Fleming. He grew up in the tiny community of Salitpa and loved telling people he was from LA (Lower Alabama).

"I'd rather have somebody tell a lie about me than the truth. You can defend a lie. You can't defend the truth."

He attended Jackson High School and was working as a DJ at a radio station in Coffeeville when he was offered a better paying job in the lab at Geigy Chemical Corporation in McIntosh. It was a move that would change his life forever.

As part of that job, he was asked to enroll at Auburn University, then Alabama Polytechnic Institute, and study chemical engineering while continuing to work at Geigy as a co-op student.

"I'm trying to swim through the waters of life without making a ripple while everybody else is doing cannon balls."

The lab at Geigy is where he met Mary Frances Palmer, a young chemist who recently had graduated from Alabama State College for Women in Montevallo. They married on December 20, 1958.

After graduating from Auburn, Mr. Fleming went on to spend 35 years as a manager in the chemical industry in Pensacola and Telogia, Florida; Bay Minette, Alabama; and Oakdale, Louisiana. In 1983, he was transferred by Reichhold Chemicals back to Pensacola, where he stayed until retirement in 1995.

"I spent my life climbing the ladder of success and got within two or three rungs from the top only to realize it was propped against the wrong wall."

Retirement gave him time to devote to another of his passions: tinkering. He opened Fleming's Gun Repair on Pine Forest Road. He had the shop for 19 years and turned it into a gathering place for people who loved hunting, arguing and shooting the bull.

His wife died in 2013, just weeks before their 55th anniversary, and Mr. Fleming never fully recovered from his grief.

"You've got to play the hand you're dealt. And be thankful you've got a seat at the table to draw some cards."

For the past two years, he spent most of his time with his daughters in Fort Worth and Rockledge, Florida.

He is survived by daughters Mary "Sam" Fleming of Fort Worth, Suzy Fleming Leonard of Rockledge and Pat Fleming Anderson of Fort Worth; grandchildren Tyler Anderson and Miranda Reese of Fort Worth and Trent Anderson of Auburn, Alabama; sons-in-law Gary Anderson and Steve Leonard; and many brothers- and sisters-in-law, nieces, nephews and cousins.

In lieu of flowers, the family asks that donations be made to Habitat for Humanity of Pensacola.

A Memorial Service is being planned for this summer.

Published by the Pensacola News Journal on Mar. 17, 2019.
To plant trees in memory, please visit the Sympathy Store.
MEMORIAL EVENTS
To offer your sympathy during this difficult time, you can now have memorial trees planted in a National Forest in memory of your loved one.
Funeral services provided by:
Aria Cremation Service and Funeral Home - Irving
MAKE A DONATION
MEMORIES & CONDOLENCES
Sponsored by Aria Cremation Service and Funeral Home - Irving.
13 Entries
I know we are late to this, but we just found out this morning that Mr. Fleming had passed away. He was one of my favorites at work. Every single time he came in, he was always smiling and I loved to sit and just talk with him. He was always a delight and loved to tell me stories and his smile was the best. We are so sorry for your loss. He was a great man and loved by all of us at Beltone.
misti hall
August 6, 2019
Doug Tubre
Doug Tubre
March 22, 2019
So sorry to hear about Ellis passing was truly a good friend when they lived in Oakdale La we hunted birds and fished together never a dull moment round Ellis always had a joke to tell .lots of good memories of him.
March 22, 2019
So sorry to read of Ellis Fleming's passing. He was my boss at Arizona Chemical and guide a character. We will miss him.
Nancy Chambers
March 19, 2019
So sorry to read of me Ellis Fleming's passing. He was my boss at Arizona Chemical and guide a character. I will miss him.
March 19, 2019
Rest in peace our fellow tiger. We have always appreciated your loyalty and support. May God be with your family during this time of sorrow.
Andalusia, AL Auburn Club
March 19, 2019
Angus Comerford
March 19, 2019
Rest in peace my dear friend..Your illuminating knowledge and endless wit will be greatly missed by not only myself but many,many more persons lucky enough to have taken up your valuable time for which you gave to us so freely..I'd always leave saying Roll Tide for which you'd smile and give me a wave goodbye and I have no problem giving you,my friend,a final WAR EAGLE..!!..I wish all the best and give my sympathies to all his family and I'm deeply sorry for your loss..
Sean Powell
March 19, 2019
Mr. Ellis Fleming is remembered for his love of people, sense of humor, optimistic outlook on life, devotion to his family, Auburn and community. May Ellis rest in peace. Sympathy and condolences to the family. Godspeed.
Michael H. Sarra, Auburn U., '64
March 18, 2019
I really don't have words to express my feelings for your loss. Uncle Ellis, as I knew him, was bigger than life. I loved when I got to spend time with him and Captain.........those two were so very special! Prayers for you all, Jan Tyler Horne
March 17, 2019
Angus Comerford
March 17, 2019
Suzy - Prayers for you, Steve, and the entire Fleming family.
Sean Guertin
March 17, 2019
My deepest sympathy for your loss. May God of comfort give you strength and the memories bring you peace.
Hosea 13 : 14
G B
March 16, 2019
Showing 1 - 13 of 13 results