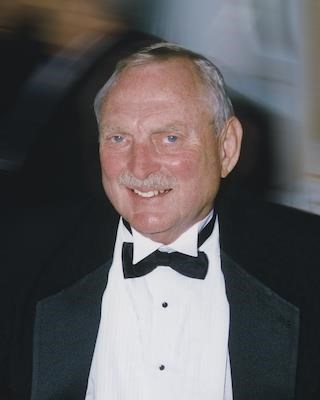 After graduating from LSU, Chuck was commissioned as a second lieutenant in the United States Army. In Vietnam he served as a company commander. Chuck was highly proficient in flying helicopters and fixed wing aircraft, received many awards, including the Distinguished Flying Cross and the Bronze Star Medal. He retired at the rank of lieutenant colonel. After retirement, Chuck became a helicopter instructor for Bell Helicopter in Iran. Later he flew for Air Logistics, shuttling crew and supplies offshore and as a Life Flight pilot in New Orleans. He assisted with the startup of the Life Flight Program for the University of South Alabama and was a pilot there.

Chuck loved hunting with his nephew David Weber with whom he had an incredibly special relationship, fishing, tennis, golf, jogging, gardening, all wildlife, and traveling, especially to Ireland.

Chuck will be remembered for his faithful devotion to God, family, country and, of course, his LSU Tigers. He was an inspiration to all who knew him. He lived his faith and was a man of his word. Chuck was a member of Gulf Breeze United Methodist Church, volunteered for the Big Brother Program and was a Guardian Ad Litem sponsor. He actively supported law enforcement.

The family would like to give special thanks to all the staff of Covenant Care, the Beacon staff, and Dr. Jolita Klementaviciene and staff.

Donations may be made to:

Online condolences and memories may be made at www.BayviewFisherPouChapel.com.


To plant trees in memory, please visit our Sympathy Store.
Published by the Pensacola News Journal from Jul. 16 to Jul. 18, 2021.
MEMORIAL EVENTS
Jul
23
Service
10:30a.m.
Warrington Olive Baptist Church
103 W Winthrop Ave, Pensacola, FL
Jul
23
Celebration of Life
12:00p.m.
Gulf Breeze Methodist Church reception hall
75 Fairpoint Dr., Gulf Breeze, FL
Funeral services provided by:
Bayview Fisher-Pou Chapel
MAKE A DONATION
Please consider a donation as requested by the family.
MEMORIES & CONDOLENCES
Sponsored by Bayview Fisher-Pou Chapel.
4 Entries
We are so saddened to lose Chuck, our dear friend and Gin Lake neighbor. Our lives were enriched by knowing and loving Chuck and Diane, sharing many evenings of good food and great conversation. We valued his friendship immensely as well as his sacrificial and extensive service to our country. Our deepest sympathy is extended to all the family, especially to Diane. Please take comfort in knowing that Chuck had a personal relationship with our loving and merciful God with whom he will spend eternity. You all will be in our prayers as you experience this great loss. In friendship and with much love, Chuck and Brenda Martin
Chuck and Brenda Martin
Friend
July 21, 2021
Offering our sincere condolences during this time of deep sorrow. Commendations on your distinguished service in Vietnam and in your community. May God be with the family during this difficult time.
Michael H. Sarra, MPA
Friend
July 21, 2021 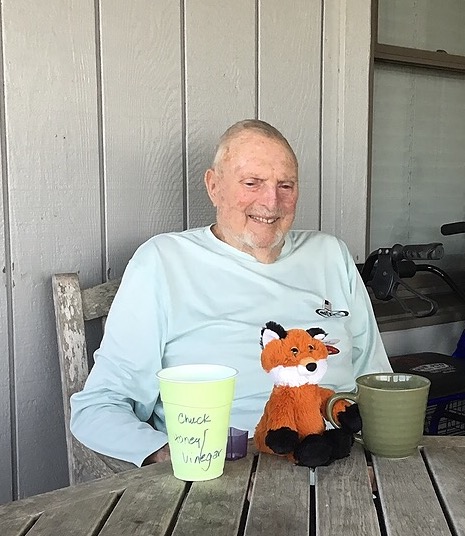 In loving memory of our family´s Renaissance man. We will love you and miss you always. Loved having coffee with you and Freddy Fox at Gulf Shores last summer. Love, Mary & Dwight
Mary & Dwight Ardis
Family
July 20, 2021
He was a wonderful man with a loving spirit. He will missed so much.
Sue L. Brewer
Family
July 17, 2021
Showing 1 - 4 of 4 results