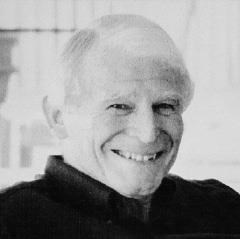 Virginia Beach - Allen Gordon Richter, 90, passed away peacefully in his home in Virginia Beach on Sunday, October 29. Allen was born in Norfolk, VA, on February 7, 1927, to Solomon and Flora Richter. He was preceded in death by his two sisters, Beatrice "Bebe" Kaufman (Richter) and Millie Richter.

Allen was a proud graduate of Maury High School, where he was an all-time baseball and basketball star. He was signed by the Boston Red Sox Organization as a star shortstop straight out of high school, but postponed his career to serve in the Army Air Corps from 1945 to 1947 in Wiesbaden, Germany.

Allen reported to the Red Sox in 1947, determined to simultaneously complete his college education in the off-season. Allen attended V.P.I. (Virginia Tech) in 1947, and graduated with a degree in Business Administration from the University of Miami in 1953.

Over the course of Allen's baseball career, he played shortstop with Louisville, Boston, San Diego and, finally, with the St. Louis Cardinals in Rochester, NY. In 1951, after batting .321 in Louisville, Allen received the minor league all-star shortstop of the year award from Look Magazine. He stood alongside Ted Williams and Dom DiMaggio at Fenway Park to receive the award.

Baseball fans loved Allen. In 1950, while playing in Scranton, PA, Allen received an Oldsmobile from fans as the award for Most Valuable Player. In 1955, he received another new Oldsmobile as a gift from his fans in Rochester, NY. In 1994, a plaque was hung in Allen's honor at Harbor Park in Norfolk, VA, to commemorate his baseball career.

Following his baseball career, Allen returned to Norfolk, VA, where he hosted the local TV show Spotlight on Sports on WTAR Channel 3 for six years, and began a successful career in both business and real estate. He worked with Fidelity Banker Life Insurance, Ken-Lar Distributing Company, and later, GFI America of Minnesota (Goldberger Foods), where he spent more than 30 years as Regional Sales Manager for national and local restaurant chains. In 1958, Allen founded Richter Realty, Inc., which continues to operate in Virginia Beach today.

Allen was also an avid tennis player and a member of the Cape Henry Racquet Club.

Following a private graveside burial at Forest Lawn Cemetery, a celebration of Allen's life will be held at the Holiday Inn North Beach, 3900 Atlantic Avenue, Virginia Beach, VA, on Monday, November 6, from 2:00-4:00 PM.

Allen's family encourages loved ones wishing to make a memorial donation to give to the charity of their choice. H. D. Oliver Funeral Apts., Laskin Road is handling arrangements and online condolences may be made to the family at www.hdoliver.com.

The family would like to personally thank the outstanding doctors and nursing staff from Virginia Beach Premier Medical, Amedisys Home Health Care, Jewish Family Service of Tidewater, and Freda H. Gordon Hospice and Palliative Care of Tidewater for their dedication and care for Allen throughout his journey.

Published by The Virginian-Pilot on Nov. 1, 2017.
To plant trees in memory, please visit our Sympathy Store.
MEMORIAL EVENTS
Nov
6
Celebration of Life
2:00p.m. - 4:00p.m.
Holiday Inn North Beach
3900 Atlantic Avenue, Virginia Beach, VA
MAKE A DONATION
Please consider a donation as requested by the family.
MEMORIES & CONDOLENCES
Sponsored by the family.
7 Entries
Ann, For an unexplained reason I was awakened this morning thinking of you and Allen. I searched the computer to find that you lost him in October. I am very upset that I lost contact with you both. I will always remember Allen journeying to Greenville to speak at my church and how the people loved him. I loved him greatly and you both were very influential in my life. Just know that I am loving you and cannot imagine your life without Allen, but I know you will persevere with the Lord's help. I just wanted you to know I love you. Our years at CFO together were wonderful. Love you, Dr. Dick Evans
Dick Evans
January 29, 2020
On behalf of my wife, Kit and I, my condolences to the Richter family. I was a young boy, 2nd grade - 5th grade when we lived in Norfolk, my father, Marvin Alfred Katz's birthplace. We were stationed at Norfolk NAS. I have fond memories of Allen, and one is when Allen and my dad drove a few of us cousins to the US Naval Base, Norfolk to drive around the piers and look at the Christmas lights on the ships on Christmas Eve. Such a great thing for two Jewish guys to take the 2 Catholic kids, me and my sister Terri, and our Jewish cousins around town. I love and miss my Norfolk family. God be with you Allen.
Greg Katz
February 5, 2019
I met Allen when he was an elder at Wave Church. He prayed for me one Sunday morning when I was sick and gave me a word of encouragement and advice which helped to to recover from my illness. Allen also later, along with his wife Ann, was the leader of the cell group I attended and I saw him lead with great humility and love in our group.I am so thankful for the opportunity to know Allen and will always remember his kindly interaction with people and the way he loved everyone and tried to help them.

I live in Cleveland, TN now and wanted to let Ann know that she is in my thoughts and prayers and that I will miss Allen's presence here on earth but rejoice to know that he is now in heaven with our Lord. Ann may reach me at 540-226-8743 or by e-mail at [email protected]


Lucy Bender
Lucy Bender
November 9, 2017
It was always a wonderful experience to be in Allen's presence. We enjoyed lunches with the Norfolk Park Place fellows the first Tuesday of each month. It was such a joy to hear Allen speak and share wonderful stories at our luncheons. We will miss Allen very much. Sincerest condolences to Allen's family.
Donald C. Grey
Donald Grey
November 3, 2017
To me, as a twelve year old fan of baseball's Louisville Colonels in 1951, Allen Richter was a hero. Little did I know then that, years later, our daughters would be elementary school classmates, and we would become friends. Judy and I consider it a privilege to have known Allen, and we treasure our friendship with him and his family. Please accept our sincere condolences.
Bill Eldred
November 2, 2017 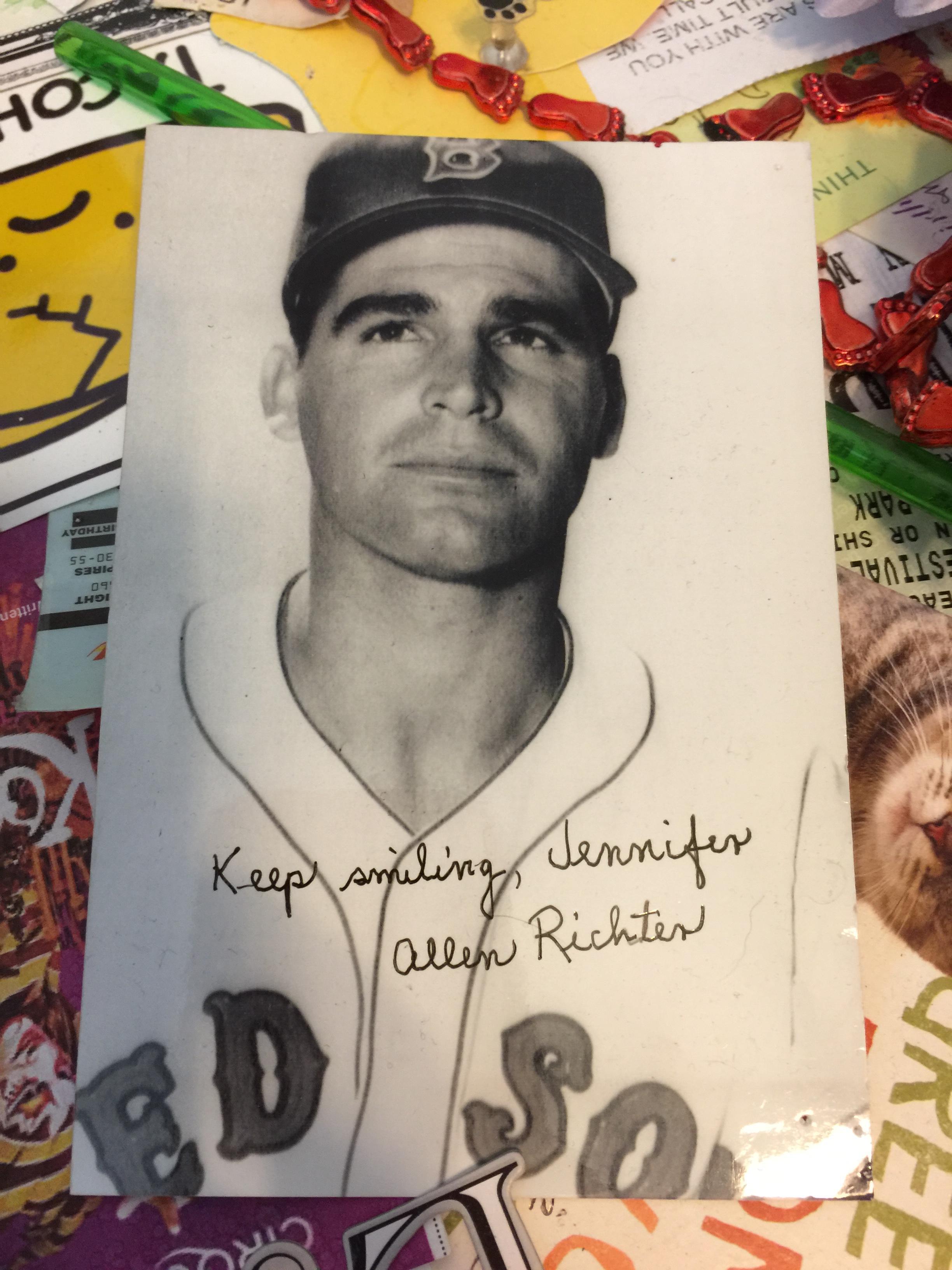 The world lost a great baseball player but an even better man. Rest In Peace Mr. Richter, thanks for the memories and the stories... you were a true class act. I'm sending peace and love to your family, especially your beautiful wife who encouraged you to reach out to me, a RedSox fan, and give me your autograph in person. Meeting you was so great but listening to you tell your stories with the amazing love that you clearly had for the game was so awesome... you made me feel as though I was there and I thank you for that. I'll miss you and to be totally honest I'll miss the class that you lent the game... sports could use a lot more of you. Rest In Peace.
Jennifer Phipps
November 1, 2017
Uncle Allen will be so missed by us.A funny compassionate intelligent sweetheart of a man.love and hugs and prayers to the family
Marilyn and Wally Wahl
November 1, 2017
Showing 1 - 7 of 7 results