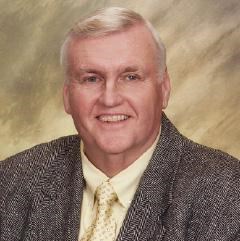 Born in Norfolk, he was the son of the late Ellis R., Jr. and Mildred Forbes.

Alton was an avid golfer, however, his greatest passion in life was his love of bowling. He served his local and national associations in many capacities. He is an Honorary Member of the Roanoke, Greater Richmond and Salisbury, MD Associations. He is a Hall of Fame Member of the Virginia State Bowling Association and the Tidewater Virginia Bowling Council. His proudest achievement in bowling was serving as President of the American Bowling Congress in 2003-2004. This position allowed him to establish friendships in all 50 states, however, Alton especially cherished his friendships with the Wednesday night and Thursday afternoon teams at Pinboy's at the Beach.

As an advocate for high school athletic scholarships, Alton was a member of the Norfolk Sports Club. After serving in every Chair capacity, he served as its President in 2014.

Alton retired from Chesapeake Schools as Supervisor of Accounting and used his expertise to serve as Treasurer of the Chesapeake Care Free Clinic and Messiah United Methodist Church. He also volunteered his services as a tax preparer for AARP.

Survivors include the love of his life, Linda R. Forbes; brothers, Danny (Judy) and Robert Forbes, as well as numerous nieces, nephews, and extended family.

In lieu of flowers, memorial donations may be made to Messiah United Methodist Church or Norfolk Sports Club.

Alton lived his life to the fullest. He treasured each and every one of the friendships he made. When asked how he was, he always responded "never better".

Friends are invited to sign the online guest book at www.omanfh.com.

Published by The Virginian-Pilot on May 5, 2015.
To plant trees in memory, please visit the Sympathy Store.
MEMORIAL EVENTS
May
6
Celebration of Life
6:00p.m. - 8:00p.m.
Oman Funeral Home & Crematory
653 Cedar Road, Chesapeake, VA
May
7
Memorial service
2:00p.m.
Messiah United Methodist Church
408 Dominion Commons Way, Chesapeake, VA
Funeral services provided by:
Oman Funeral Home & Crematory
MAKE A DONATION
MEMORIES & CONDOLENCES
Sponsored by the family.
21 Entries
Linda, I was so sorry to hear of the sad news. What a great man Alton was, and a wonderful Ambassador for Bowling and life itself. I was so happy that Alton's team was able to win our league last year. He so deserved the accolades of all his time he had put into our league. I have very fond memories of working with Alton over the years since I first got into the bowling business some many years ago. He will be missed by many, but mostly you. You two made a great twosome, I very sorry for your loss. Tom
Tom Powers
May 19, 2015
Linda, may you be comforted by precious memories of you and Alton. I will be praying for you and your family. Love, Joann Harmon (CPS Personnel Dept. 2000-2002)
Joann Harmon
May 11, 2015
I am so sorry to hear of Alton's passing. He was a classmate of mine. he sat in front of me in class since we were in alpha order. I have thought about him over the years as to where He might have moved to after we graduated. I enjoyed talking to him in class everyday. may He rest in peace. Sincerely, jenny Goforth McDowell
May 7, 2015
I will be thinking about you Linda.
Robert Hitt
May 7, 2015
Sorry to hear the news of Alton passing. I have always had a lot of respect for him, and was always happy to see him at the VSBA meetings.
I will remember his sense of humor and his knowledge of the game of bowling, and the kind person that he was.
Rick Cupp
May 7, 2015
Linda I am so sorry about Alton's passing, he was a great person. I did not know him long or very well but knew he was a wonderful person and took pride in everything he did. My prayers and thoughts are with you.
Marcie Blum
May 7, 2015
The Pilot Club of Danville sends their prayers and hugs.
May 7, 2015
Linda, it was really a shock to hear about your loss. He will truly be missed. Ford Mason
May 7, 2015
So sorry to hear about Alton, Linda. He was a dear friend over the years. If you need anything, please Betty and I know. Ray & Betty Stanfield
May 6, 2015
Linda - so sorry to hear of your loss. My heart is filled with great memories of times spent with both Alton and you. I am so honored to have known and worked with Alton during his journey through the vice presidencies and his term as President of the American Bowling Congress. He filled the years with knowledge, integrity, laughter, good times and he was a pleasure to work with. It was always so wonderful to have you at his side. My heartfelt sympathy to you. I know he will be missed by the masses! Such a wonderful man gone to soon.
Mary Natoli
May 5, 2015
I was blessed to have had time working with him with AARP taxes. Alton was always the answer man. Alton was kind and had a great sense of humor. I will miss him. Laurel Swenson
Laurel Swenson
May 5, 2015
To Linda and the entire Forbes family I send my condolences. Alton served Chesapeake Public Schools well. I'm certain when he met Jesus, "Well done my good and faithful servant" was said! God be with you.
Cordy Beasley
May 5, 2015
Linda, I was so sorry to hear about Alton! He was one of the nicest and helpful men I have ever known!! I know you will miss him greatly!! Sincerely, Carol E. Curling
May 5, 2015
Marvin, & Merilyn Carter
May 5, 2015
Linda,

Very sorry for your loss. I played golf with Alton last Fall in a tournament in Suffolk. The last thing he said to me was that he wasn't sure he could play next year but wanted to ride along in the cart just to hear my commentary. Now I'm sure he will - from the best seat in the house.