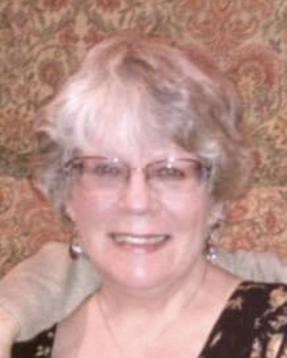 Daughter of Joseph and Anne Kiss, Diana was born on Sept. 24, 1946, in Portsmouth, Virginia. There, she graduated Churchland High School, where she first nurtured her love of theater and performance. At age 14, she began working the box office at Portsmouth Little Theater and doing makeup for their productions.

As a teenager, Diana was the lead actress in many roles for Portsmouth Little Theater and Tidewater Dinner Theater. She loved performing on stage with her mother, Anne, and later studied theater at Richmond Professional Institute. She loved to brag about seeing Carol Brunette and Dick Van Dyke on Broadway "before they were famous."

Her professional career began at age 18, working in insurance claims. She also worked for WCMS radio station in Virginia Beach for 13 years and co-owned the Riverdale Deli in Hampton, Virginia with her husband, Burt. She later worked as community liaison at Beth Shalom Home for 8 years. She was also active in the Jewish community, editing and writing for the United Jewish Federation of Tidewater's newspaper, and serving on the PTA at Hebrew Academy of Tidewater, among other service. As a young lady, Diana was consecrated at Temple Sinai in Portsmouth, Virginia.

She married her husband of 39 years, Burt Weinstein, in November 1982. Diana's life was defined by her love and devotion for others; her love for her husband and son was unbounded; her home was always an open den to neighborhood children and those who needed shelter from the storm; her performances on stage as a young woman entertained throngs of people throughout Hampton Roads, and her professionalism as a volunteer manager at Beth Shalom Home inspired others to dedicate their time.

Diana could talk to and connect with anyone and made friends wherever she went. Her heart was big enough for the whole world, and she will be greatly missed.

Diana viewed the birth of her son, Joshua, as the highlight of her life. She also loved her daughter-in-law, Rebecca, and Rebecca's parents, Larry and Susan Evans, very much. She was also very fond and appreciative of her nurse assistant, Valerie Rivers, who brought Diana comfort towards the end of her life. Diana was a dedicated wife, mother, daughter, sister, friend, and mother-in-law, and is survived by her husband Burt, and her only child, Joshua.

A funeral will be held at Woodlawn Cemetery in Norfolk on Thursday, November 18 at 12:30 p.m., and will be officiated by Rabbi Michael Panitz of Temple Israel.

In lieu of flowers, please consider a donation to Jewish Family Services of Tidewater, or go see a live performance in her honor.

Online condolences may be offered to the family at hdoliver.com
Published by The Virginian-Pilot on Nov. 17, 2021.
To plant trees in memory, please visit the Sympathy Store.
MEMORIAL EVENTS
Nov
18
Funeral
12:30p.m.
Woodlawn Memorial Gardens
VA
Funeral services provided by:
H.D Oliver Funeral Apartments
MAKE A DONATION
MEMORIES & CONDOLENCES
Sponsored by the family.
1 Entry
Josh, please accept my sincere condolences to you, your wife, and your father on the loss of your mother. While I never knew her, after reading her obituary, I can see where she was an accomplished woman with attributes all of us would envy. I know you must have been very proud of her and I can read the well deserved pride she had in you.
Barbara McCane
November 17, 2021
Showing 1 - 1 of 1 results