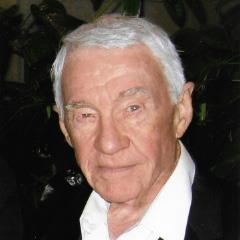 Mr. Peabody was born October 23rd, 1922 in Norfolk, VA. He was a long time resident of Virginia Beach and member of Old Donation Episcopal Church. He retired from the highway construction business as president of E.V. Williams Co. in 1997. He was predeceased by his first wife Emilie Owens Peabody, who died in 1995, and his second wife Mary Landon Peabody, who died in 2015.

Please know that our thoughts and prayers are with you during this tragic time. May the love of friends and family surround you. The road ahead will bring you many ups and downs but know that Ed's love and presence will always be with you. Be good, kind, and supportive of each other during this period in your lives. Cherish the time you have together and love each other with the same love that he had for all of you.