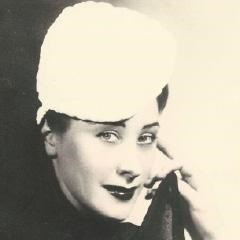 Frances grew up in Richmond where she graduated from Thomas Jefferson High School and cultivated her talents in piano and organ. She raised her children in Williamsburg and was an active member of numerous organizations including the D.A.R. and the William & Mary faculty community. In 1965, her family moved to Virginia Beach and became active members of Bayside Presbyterian Church where Frances served as Minister of Music for twenty-four years and founded the Bell Choir. She also acted as organist and pianist for Westminster-Canterbury chapel after her move to that facility in 2002. Her beauty, wit, graciousness, and wisdom will be greatly missed by her family, friends and professional colleagues.

A memorial service to celebrate the gift of Frances to our lives will be held Saturday, January 31, at 2 pm at the Westminster-Canterbury chapel, 3100 Shore Drive, Virginia Beach. Donations in remembrance may be sent to Bayside Presbyterian Church, Virginia Beach, or the charity of your choice.
To plant trees in memory, please visit our Sympathy Store.
Published by The Virginian-Pilot on Jan. 27, 2015.
MEMORIAL EVENTS
Jan
31
Memorial service
2:00p.m.
Westminster-Canterbury chapel
3100 Shore Drive, Virginia Beach, VA
MAKE A DONATION
Please consider a donation as requested by the family.
MEMORIES & CONDOLENCES
Sponsored by the family.
8 Entries
Please accept our sincerest condolences from United Way of South Hampton Roads at the loss of a mother, grandmother and great-grandmother. Mrs. Baldwin had been a loyal contributor for many years and our community is a much better place because of her generosity.
Sincerely,
United Way of South Hampton Roads Staff
United Way Staff
February 2, 2015
Lots of love and condolences to Frances's friends and family. Frances was lovely to my father and our whole family. We were lucky to have her in our lives. Dana Roeser, daughter of Erwin Roeser
Dana Roeser
January 31, 2015
I knew Mrs. Baldwin through my aunts who were friends of hers for many years, and all of them were early members of Bayside Presbyterian Church. Frances, as all know who ever heard her play, was a beautiful pianist, and I remember her giving me piano lessons as a child. She was a far better teacher, patient and encouraging, than I was a pupil. In later years I would see her often when I visited my aunts at Westminster; she was always gracious and thoughtful, always optimistic.
Such a lovely and kind person as Frances will be greatly missed.
Charles Williams
January 28, 2015
Fran and Tim and Family - Frances sounds like an amazing woman who's had a fulfilling life. I'm so sorry for your great loss. My thoughts are with you.
Love,
Denise Contella
January 28, 2015
Too few moments and memories with my Aunt Frances. What a beautiful and eloquent lady she was. I so wish I could be there to represent my father and the Bowers side of the family. Fran, Mary and Mac my thoughts are with you.
Robbie Bowers
January 27, 2015
What a wonderful hostess who was so kind to Michael and me when Fran introduced us to her years ago. Our sincere condolences. Maureen
January 27, 2015
Fran and family, We are sorry to hear about your mom. Love, Judy and Kent
January 27, 2015
Aunt Frances was an institution. She stood for so many good things, but those of us priviledged to have her in our lives will cherish each moment of memory of her gifts to us. I feel lucky to have been her niece. Anne (Rew)
January 27, 2015
Showing 1 - 8 of 8 results