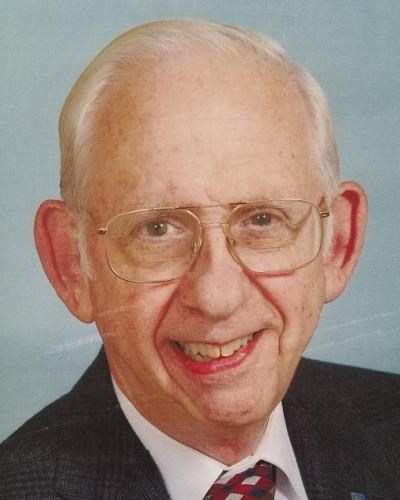 He attended and graduated from The Albany Academy where he started in kindergarten. From there he went to the University of Maine where he majored in Chemical Engineering graduating with a degree in Pulp and Papermaking. At the same time, he was commissioned a Second Lieutenant in the Army through the ROTC program and began a lengthy career in the Army. He retired as a LTC in 1982 after serving 24 years with overseas assignment in France, Germany (twice), Vietnam and Korea. He later worked for the Army as a civilian at Fort Monroe for 10 years. During his military career, he was awarded the Legion of Merit, the Meritorious Service Medal (twice), the Joint Service Commendation Medal, The Bronze Star, the Army Commendation Medal and the Air Medal (twice).

After his 34 years of service to his country, he and his wife established numerous small businesses in Norfolk and Virginia Beach. He finally retired in 2015 after being a Realtor with Long and Foster and later with Keller Williams.

In addition to his parents, LTC Haskins was preceded in death by his son, Curtis Haskins and step-son, Tommy Lee. He is survived by his wife Kim; step-son, Hyonku Lee and wife, Eunsil, and their son, Isaac; step-daughter, Shinae Kim and her daughters, Lauren, Allison and Diane; and daughter-in-law, Sunkyong and her daughter, Kelly. He is also survived by his daughter, Deborah Scharnhorst, husband Paul; grandson, Randy and wife, Hannah; grandson, Michael; granddaughter, Michaela; and great-grandson, Colton; and son, David, wife Sherry; granddaughter, Melissa Granillo and husband, Antonio; grandson, Jonathan and wife, Kristina, and their sons, Jonathan and Connor; former wife, Barbara; and many true friends and families.

Hollomon-Brown Funeral Home - Bayside Chapel is handling arrangements. Condolences may be offered to the family at: